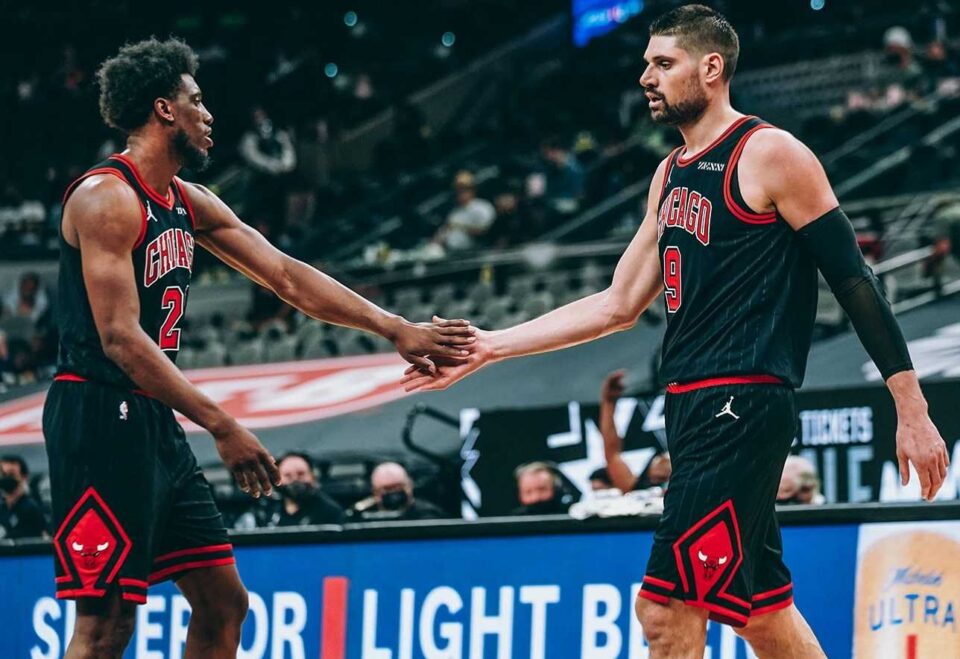 It was Nikola Vucevic’s night, and it could be Gregg Popovich’s. Ultimately, Vucevic debuted for the Chicago Bulls with a loss, and that loss saw the old Popovich already add 1,300 regular-season wins from an impressive 25 years with the Spurs.

The game started with a Vucevic basket in a one-on-one play against Jacob Poeltl, but that initial basket had little to do with what the game would bring to both players.

Vucevic went from less to more in a Bulls that were erased from the track during the first three quarters; Poeltl was the leading scorer for some Spurs who put behind a 4-game losing streak in a wild moment of their season in which … they had to play 7 games in 9 days! Shocking issues from a crazy pandemic calendar.

San Antonio already put the direct in the first quarter with a partial of 33-20. Defense, a tremendous offensive fluidity (15 of 24 in shooting and only one turnover for Chicago’s 6) … and those components, defense and spectacular offense, the two axes on which basketball revolves, were accentuated in the second quarter to leave us an unexpected score at half-time: 65-39.

DeMar DeRozan, Poeltl, Patty Mills, Dejounte Murray, Derrick White … the first half was a large choral exercise for the Spurs, with a spectacular 28 of 45 on the field goal and with a fantastic defensive work against the Bulls lost. All this in a game with hardly any stoppages because the referees only whistled 9 fouls in the entire first half.

The third quarter was continuity for the Bulls in their ordeal. Maximum of 36 points of difference for the locals, with a score of 91-55, and the end of the third act with 96 points for Spurs, although with the advantage reduced from 36 to 23 points.

Those 96 points are a palpable sample of the drain that the Chicago defense was during the first three quarters, an aimless team that roamed the court with much more pain than glory.

In the last quarter, the local relaxation and, it must be said, the visiting pride and dignity put the Spurs in trouble, who went from winning by 36 well into the third quarter to doing it only by 9 in the final stretch of the game.

The Bulls got to those 9 points (107-98), and the local team seemed to be reeling, but DeRozan and Poeltl emerged, once again, to generate a winning 7-0 partial at the most delicate moment for their team.

San Antonio won 120-104 with 7 players in double-digit scoring. Poeltl, another great Poeltl game! He had 20 points, 9 rebounds, and 3 blocks, with 8 of 9 on the shot. In addition, 17 points, 7 rebounds, and 4 assists from DeRozan, 16 points and 7 assists from White, another 16 from Mills, 14 points, 8 rebounds and 8 assists from Murray, and another 14 points from Keldon Johnson.

The worst thing for the Texans was losing rookie Devin Vassell to a sprained ankle.

Vucevic finished his debut with 21 points, 9 rebounds and 3 assists in 32 minutes of play, after making 9 of his 16 shots from the field. He was the top scorer for his team.

The Bulls, who came out with a starting five that seems complex to order, had Zach LaVine in 18 points. Another good match from Thaddeus Young and gray, very gray, Finn Lauri Markkanen.

Chicago already has 3 losses in a row, waiting for Vucevic to start making an impact on the court and for Billy Donovan to reorder his pieces.