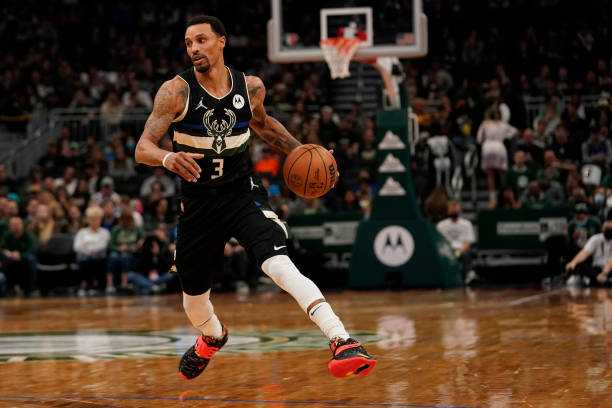 San Antonio beats the current champions 93-102 and leaves behind 4 consecutive defeats. Bryn Forbes receives his champion ring with Bucks before the start of the match.

The Spurs well deserved a cheer. The team of Gregg Popovich added 4 consecutive defeats that did not do justice to his game, San Antonio staying again and again to the brink of victory without success. This time it was different.

Complex calendar for Texans, who have already had to face the Nuggets, twice with the Bucks, the Lakers, and the Mavs, despite which they have never lost face to their rivals.

Meritorious and surprising victory in Milwaukee 93-102 to the rhythm of a splendid Dejounte Murray in the final quarter. The Spurs point guard had 23 points, 9 assists, and 3 steals in the game, and 16 of those 23 points came in the fourth quarter, when everything was decided!

San Antonio won from defense and from the collective, with Derrick White waking up to score 17 points and with Bryn Forbes, 16 points, living a very special night against his former team, the team with which he was proclaimed NBA champion, which had him receive his championship ring before the game in Milwaukee.

Also, good minutes from veteran Thaddeus Young, who can be an important mortar in the Spurs game once he adjusts to his new team. Keldon Johnson signed a double-double, and San Antonio successfully finished the game despite poor nights shooting from Lonnie Walker IV and Devin Vassell.

Bucks got stuck in the attack. Bad shooting percentages and 19 turnovers for a team that played without Jrue Holiday, Brook Lopez and Bobby Portis, and which had Giannis Antetokounmpo as the top figure, with 28 points, 13 rebounds and 7 turnovers. Khris Middleton had 19 points.

The Spurs shot badly at 3, but they solved the game thanks to their excellent relationship between stolen and lost balls (12-9), the work of their second unit and the defensive commitment of the entire team. Now San Antonio is 2-4 to Milwaukee’s disappointing 3-3.