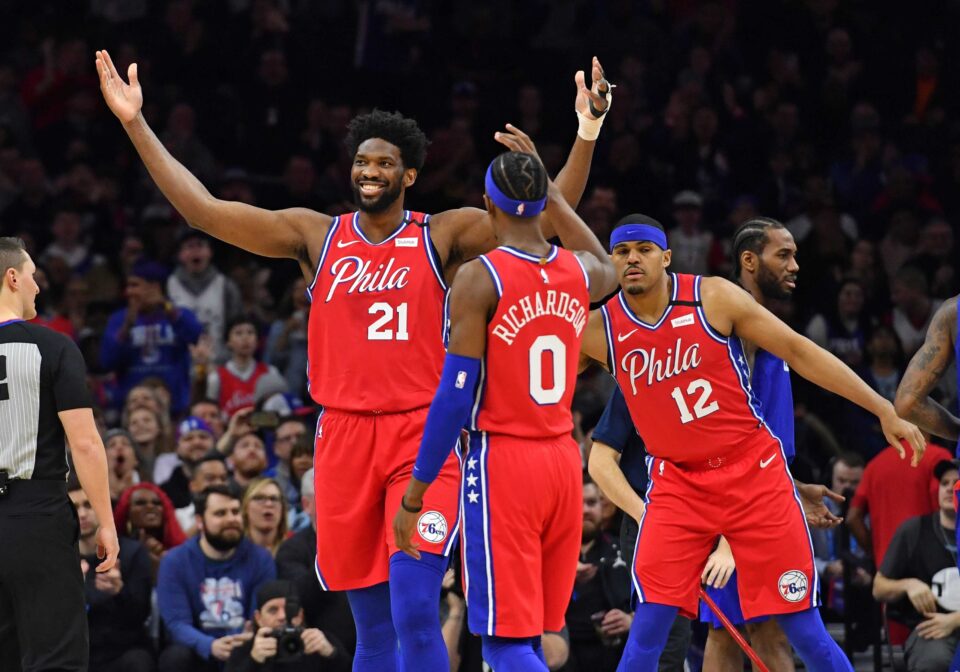 Sixers and Clippers settled their Saturday commitments on the fast track. The former beat the Sacramento Kings by 24 points, and the latter beat the Charlotte Hornets by 27.

Those of Philadelphia have put the direct one from the beginning with a 42-21 in the first quarter; the Angelenos have done the same in the opening quarter with a 37-21.

The Sixers continue to function despite adversity. They played this time without Joel Embiid, Ben Simmons, and Seth Curry, but it mattered little, since the team responded very well in general lines, and the third on board, Tobias Harris, played the starring role for which he was destined this Saturday.

Spectacular 42-21 to open his mouth and 73-52 at halftime with a dazzling performance by Harris, who in the first half went to 23 points, 6 rebounds, and 5 assists, well supported by Danny Green, who took a step forward, and the newly minted headline due to absences Shake Milton, who shone with his own light.

The locals started with the aforementioned Milton, Matisse Thybulle, who returned to pull defensive skills, and center Tony Bradley, and all three worked at a good level.

The game lacked emotion and had too many inconsequential minutes, such was the superiority of the Sixers, who took advantage of the accumulated fatigue in the legs of the Sacramento players, who had come from winning 24 hours before the Celtics.

That 73-52 of the first half set the bases for victory, with Sixers in spectacular shooting series: 27 of 45 in the field and 8 of 13 in triples, and with only 4 turnovers at halftime.

Everything was a breeze for Doc Rivers, who ended up winning 129-105 with 29 points, 11 rebounds, and 8 assists from Harris and 28 from a great Milton. Danny Green signed 18, stole 3 balls, and made 4 triples and Bradley finished with 14 points and 8 rebounds.

Another good game from Dwight Howard , who had 10 points and 13 rebounds in 20 minutes.

The Sixers are now 29-13 and holding the pull of playing without the injured Embiid.

Sacramento accused the fatigue, and the best example of this was Richaun Holmes, who had nothing to do with the brilliant Holmes we saw against Boston.

Buddy Hield had 25 points, and 7 triples, and De’Aaron Fox was underperforming to finish with 16 points and 6 assists.

Hornets were in no way a match for a Clippers who remain without Serge Ibaka and Patrick Beverley.

First quarter of total local dominance, a quarter that ended with a resounding 37-21 to open mouth. In those first 12 minutes, 8 Clippers players have already scored with Paul George leading with 12 points. The efficiency of the Californians, dreamlike: 15 out of 21 in the field shot!

From there, all control of the court was exercised by Clippers, who went to rest, dominating 66-44 after a remarkable defensive exercise in pursuit of a victory that the locals needed, such as eating, seeing their irregular trajectory in recent games.

There was not much to tell in the game, beyond the indisputable superiority of some Clippers who ended up winning 125-98 after not missing a single free throw in the entire game (23 of 23).

Up to 7 Tyronn Lue players scored double digits. The substitutes contributed 57 points (the second visiting unit added 48, which gives an idea of ​​the many minutes without tension that the game provided due to its imbalance).

Terance Mann had 16 points, and Lou Williams had 15 as a forward for the Clippers substitutes.

Charlotte, who is negative at 20-21, had substitute Miles Bridges as the top scorer (21 points). Gordon Hayward had 17 points and 8 rebounds.