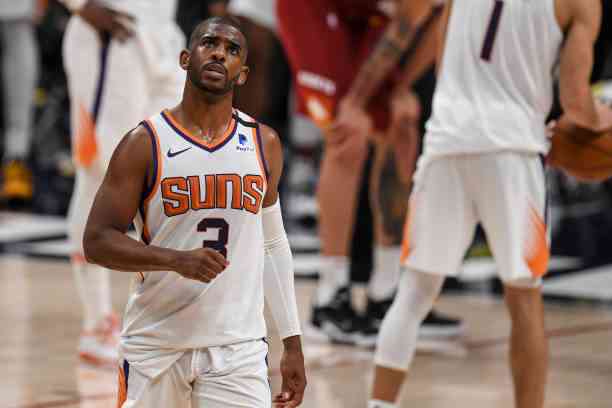 Suns All-Pro point guard Chris Paul has entered COVID-19 health and safety protocols and will be out of the game indefinitely.

Phoenix Suns point guard Chris Paul has entered NBA health and safety protocols and is out for an indefinite period of time, The Athletic’s Shams Charania reported. Importantly, depending on the specific medical circumstances of the case, an isolation period could be shorter for a vaccinated individual, as is the case with Paul.

Sources say that nothing has been confirmed regarding his participation for the Western Conference finals; his status for the opener is up in the air, noting that the Suns will face the winner of the Jazz-Clippers series, which is currently tied 2-2.

In fact, the NBA has yet to release the conference finals schedule, but should the Jazz-Clippers series be extended, a possible seventh game would be played on Sunday. Game 5 is Wednesday night and Game 6 is scheduled for Friday.

The Suns could suffer without the presence of Chris Paul

The 36-year-old Paul has been dominant during the 2021 playoffs, but he was even more dominant in the Suns’ sweep of the Nuggets, recording 37 points in Sunday’s 125-118 win. Paul finished the series with 41 assists and just five turnovers. He averaged 25.5 points with 10.3 assists and made 62.9% of his shots.

This marks how critical his absence could be for the Suns, given that he is averaging 15.7 points, 8.7 assists and 4.1 rebounds per game in the Suns’ 10 playoff games.