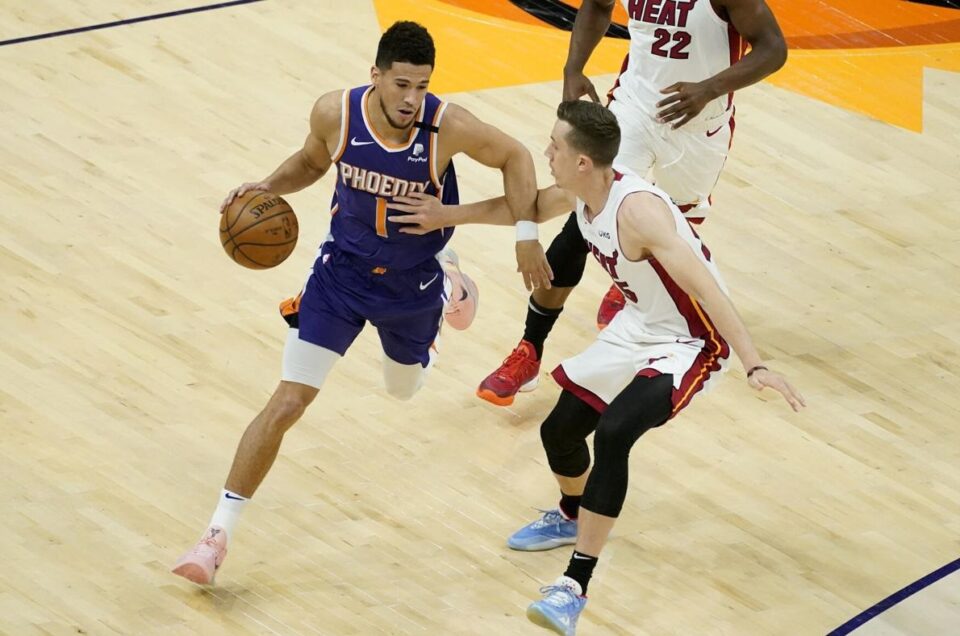 Phoenix overcomes a grey day of Booker and Paul thanks to the 65 points of their substitutes. Miami Heat offers a bad game in attack, and the team continues not to reactivate in the season.

Phoenix Suns is a team with capital letters that live installed in the Ninguna, a team that is capable of winning with solvency despite the fact that its stars are off, a team that allows itself the luxury of easily defeating the rival from a brilliant offence of his substitution.

Phoenix’s second unit’s Spectacular performance in the team’s undeniable victory against the disappointing Miami Heat (106-86). The Suns substitutes have scored 65 points (only 21 less than the entire rival team) after having 4 of their members in double scorer figures.

Cameron Payne has led the secondary rebellion with 14 points and 7 assists in 22 minutes of play. Other substitutes such as Cam Johnson, Torrey Craig and Dario Saric have also performed at a high level. Also notable is the starter Deandre Ayton, author of 19 points and 13 rebounds.

Great merit for the Suns to win by 20 points despite suffering the grey performance of Devin Booker (12 points with 4 of 16 in the shot) and Chris Paul (5 points and 9 assists). It says a lot about Phoenix’s value as a team.

These Suns are on the way. And it takes a long time. They now have 10 victories in their last 11 games, and their mark is 39-15, the second best this season.

The difference between the two second units (65-24) was lethal for Miami, which got stuck in attack as Phoenix raised its defensive demands more and more. The greatest exponent of that visitor bog down and that local aggressiveness in defence came in the last quarter, when Miami only scored 14 points to stay at a squalid 86.

The versatility of Phoenix’s game is almost unmatched. Capable of scoring 81 points for Houston in the first half in the previous game and conceding only 86 points in the entire game at the hands of Miami today.

Miami is still nowhere near the Miami of the bubble. Today, 37.8% on the field goal and 9 of 44 from the triple.

Jimmy Butler finished with 18 points and 8 assists. Duncan Robinson had 15 points. Bam Adebayo finished with 11 points and 10 rebounds. The only substitutes who contributed were Goran Dragic, very unlucky since the triple and Tyler Herro.

The Hispanic Trevor Ariza has added 10 points 6 rebounds in 26 minutes after starting again as a starter.