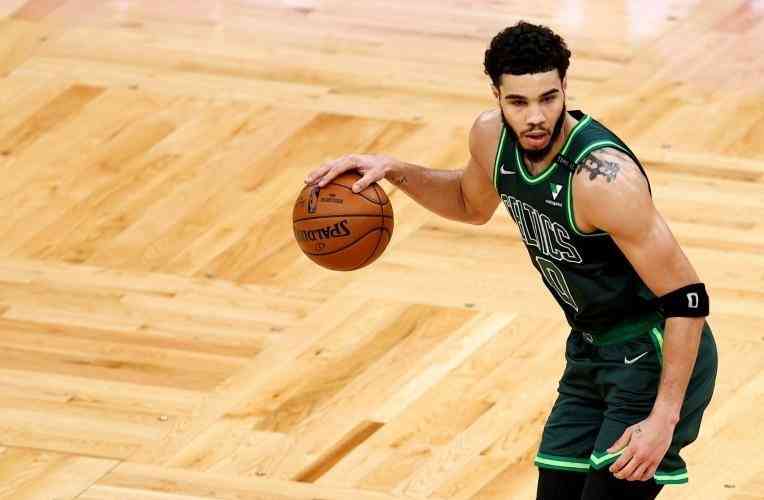 The Celtics-Warriors (119-114) had it all. It was a great game tinged with drama. And the drama is not sports talk. The Warriors had two monumental scares in just 2 minutes. The final quarter was being played. Stephen Curry and Juan Toscano-Anderson , the protagonists.

Curry’s left ankle twisted at 6:57 left. Painted ugly. But he kept playing. Sometimes it seemed that he could not stay on track. But he endured like a wild boar. He was doing another stratospheric match. It will be necessary to see how that ankle is already cold.

The Toscano-Anderson thing was harder to watch. It could end in tragedy. He threw himself off the court to save a ball. It rose above the table. He took a tablet, a computer, cables. He fell badly backwards. Upside down. And soon, all the alarms went off. He was lying on the ground. Between tables. Among professionals. Between computers. It was taken care of quickly. Fortunately, he left the game on his own feet. With the head covered by towels. The blow was tremendous.

That was the dramatic part of a blissful match. Because it was nice to see the Celtics-Warriors. With a top-level scoring duel between Jayson Tatum and Stephen Curry.

Absent Jaylen Brown (sick, not Covid), emerged the best Tatum. The forward added 44 points and 10 rebounds. He made 16 of his 25 field goals. And 5 of his 9 triples. He was always there, supporting his team. And he made 2 important free games with 13.1 seconds left. Tatum was colossal all night.

The Curry thing was, once again, cartoonish. Pure fantasy. He had 47 points and 7 rebounds. Above 50% in the field shot. Again wild from the triple to hit 11. Incredible the 3 + 1 that he nailed with his left hand in the second quarter. Crazy. Hallucinogenic action. And then there was the heroic one. See him play half lame the final stretch of the game. See him hit an incredible triple with a two-opponent mark 18 seconds from the end. Big. The question is whether or not your effort was worth it. Doctors will tell.

The third crucial man in the match was Kemba Walker. He finished with 26 points and 8 rebounds. He did 17 in the second half. He opened the match scoreboard with a basket and ended up deciding the match. Decisive triple 24 seconds from the end. Kemba was in place this time.

Boston beat 119-114 after trailing by 16 points in the second quarter. The Celtics have 6 consecutive victories. And 8 wins in their last 9 games. The team of Brad Stevens seems to have warmed up . It now stands at 31-26.

Besides Tatum and Kemba … 16 points, 9 rebounds and 6 assists from Marcus Smart . Young Payton Pritchard worked. And there is still another good news for Boston: Good debut from Jabari Parker! Parker played 16 minutes and scored 11 points. Premiere for hope.

Warriors led the game in the first half. Despite playing without Kelly Oubre Jr. and James Wiseman. He got into the first quarter 13-27 in the heat of Curry’s boil. That first visitor stretch was solved by Tatum. He got 7 points in a row. And the first act finished 24-33.

The second quarter served for Golden State to stretch the score again. First, a +15 shortly after the beginning of the fourth. Then a +16. The maximum of the party. Luminous at 50-66 after 7 straight points from Curry. Unleashing all her magic Steph. But Boston reacted again. And in this immediate reaction he was half a party.

Celtics made a 10-0 run to end the second quarter (60-66 at halftime). And he prolonged that set at the beginning of the third quarter. Up to a brutal 21-2. To get ahead on the scoreboard 71-68 with a triple from Kemba. Shortly after the advantage rose to 6 points (78-72). The partial had reached a 28-6. Golden State was on the ropes. But he got his foot back as best he could. Thanks to Curry.

The last quarter moved between passion and drama. Intense game. Gift for the viewer. There was a bit of everything. Warriors border on disaster at times. While attending a Toscano-Anderson KO .. Curry was being treated in the band. Moments of chaos and anxiety for those of Steve Kerr. But they held the pull and made it to the end alive.

In that finale, Smart hit a philosopher’s triple. It gave him time to stop, wait, think, aim and score. No one for a kilometer around. An ending in which Kemba, Curry and Tatum were in their place. An ending in which Boston did not fail. To win again. Despite Andrew Wiggins ‘ 22 points. Despite the good game of Kent Bazemore. Despite Draymond Green’s 10 assists. Despite the passion displayed by Toscano-Anderson. The Warriors couldn’t beat Curry on 47 points. It seems that the bad times of the Celtics are behind us.