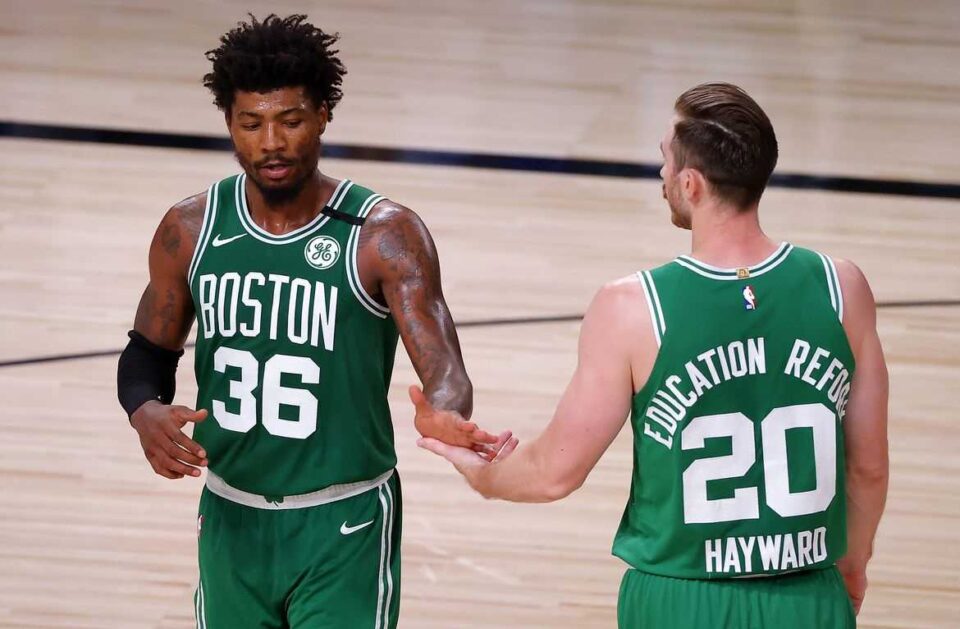 In 48 hours, everything changed. The first Bucks-Celtics was dominated at will by Milwaukee. But Boston almost won it. With a triple by Daniel Theis that did not enter. A player who 48 hours later is no longer in the Celtics. Today the scoreboard went the other way. Total Celtic dominance. And this time winning.

Celtics win by 114-122. I triumph to take my head out of the water and breathe. The team was coming off losing 5 of their last 6 games. Defeat in the Bucks case to lose his winning streak. The Wisconsin team had 8 wins in a row.

Everything changed. The course of both teams turned. There was a certain air of unreality. That unreal air was increased by seeing Tacko Fall on the track midway through the first quarter. And in this new environment Boston triumphed. Because Boston was another Boston. The team of Brad Stevens defended. And not a little. Another novelty. The visiting team knew how to cut the routes of Giannis Antetokounmpo. And in this dreamlike environment.

Thanasis Antetokounmpo almost scored more points than his brother Giannis! All very strange. But this other reality is much more bearable for the Celtics.

Huge Jayson Tatum. The real Tatum, in this case. The one who plays for what he is, a superstar. And excellent also Marcus Smart. The Celtics thermometer. Tatum had 34 points, 6 rebounds and 7 assists. He made a great 13 of 18 on the field. Smart made 7 3s of 10 attempts. He finished with 23 points and 8 rebounds.

Robert Williams III was crying out for an opportunity, and he got it. His presence on the court helps his team. He added 7 points, 9 rebounds, 6 assists, and 5 blocks. He is a very complete guy. And its ceiling still seems far away. He has a gift for great progress.

The third period came, and the Boston offense exploded. Tremendous quarter: 9 of 14 from triple for Stevens! And 43 points scored! Boston got to put with 20 of advantage (81-101). After triple Smart. And the end of the quarter was reached with 89-103 on the scoreboard. Brutal Tatum in this quarter with 15 points. Everything was coming out for the Celtics. Anteto had reacted in attack. But it had been of no use to his team. The visiting offensive, colossal.

The Celtics went from scoring 43 points in the third to just 19 in the fourth. The luck this time is that he resolved the match before reaching the clutch. Another triple from Smart for maximum advantage: 97-118. Afterwards, relaxation. Final partial of 17-4 for Milwaukee. He was able to get to 6 with a triple being already in the last minute. But he did not enter. This time Boston was left with the win.

He debuted with Celtics Mo Wagner. The Frenchman Evan Fournier did not do it yet.

The locals had 19 points to Khris Middleton. Jrue Holiday had 17. And Giannis Antetokounmpo finished with 16 points, 8 rebounds, and 5 assists. He certainly did not live his best moment.