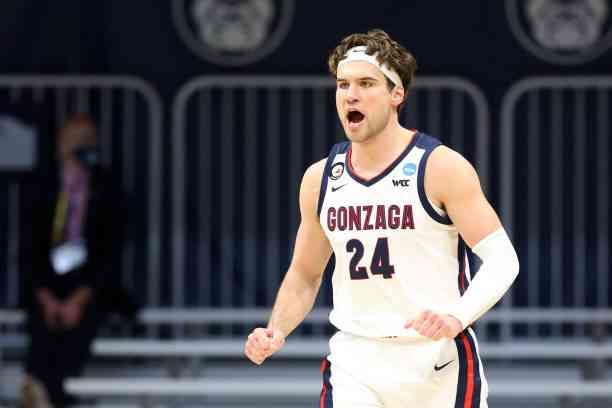 Three-point pitchers are currently highly valued pieces in the NBA, and facing the 2021 draft, there are several players with great potential in this section. Here are the top five triples in the class of 2021.

Consistency is the key for a role player to achieve consolidation, and Zegarowski found it at Creighton University, ranking as the best scorer on his team with an average of 15.8 points and an efficiency from the perimeter of 51%. Its mechanics remind me of Joe Ingles.

Mann is the typical player who receives the ball at the game’s final moment, the shooter who determines victory thanks to his technical quality and coldness. He showed it for two seasons with the University of Florida, averaging 16 points in his senior year and a 40% 3-point efficiency. He is compared to Darius Garland.

Mitchell was one of the most important players in the Baylor Bears during their national championship campaign, appearing as the sniper of the starting box. In a matter of two years with Baylor, he made a remarkable quality leap and ended up averaging 14 points with a 45% efficiency on 3-point attempts. His style of play is quite similar to Jrue Holiday.

Duarte is the type of player that many NBA organizations are looking for. In addition to his great quality as a shooter, he is 1.98 meters, making him a much more difficult player to defend on the perimeter. In his senior year with Oregon, he averaged 17.1 points with a 42% efficiency on 3s. He is compared to a young Klay Thompson.

Kispert is a player who meets the definition of a “pure” shooter, counting on the mechanics to hit his opponents from anywhere on the pitch. During the last NCAA seasons, he found consistency, appearing as a threat to his rivals. He averaged 23.4 points with 44% on 3s during 2020-21 with Gonzaga. He is usually compared to Joe Harris.

Tatum And Curry Scoring Feast in Celtics’ Win Over Warriors