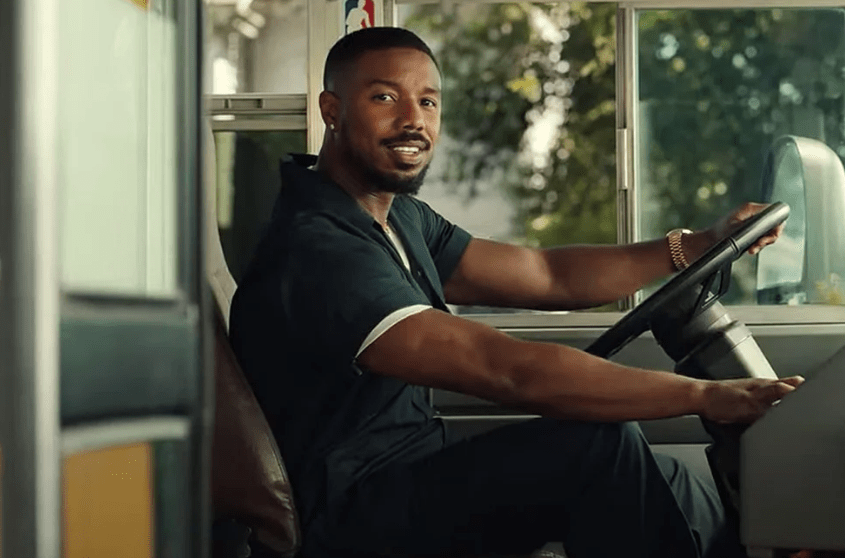 The NBA did it again! The best basketball league celebrates its 75th anniversary with a video that has everything: rhythm, grace, and Kobe Bryant.

The 2021-22 season of the NBA begins on October 19, the league that marked the pause in sport due to the coronavirus pandemic in March 2020. We become familiar with the term the “bubble” to resume its activities. What is perhaps the best league in the world (sorry, Liga MX), not only begins and another chapter in its history, but will also celebrate its 75th anniversary.

The history of the NBA began in 1946, and 2021 marks a time for celebration, as 75 are not easy and more in times of pandemic. Throughout 15 decades, stars that have marked thousands of fans have paraded, and only the NBA could afford to encapsulate the legends of yesterday and today in a spectacular video of 2:50 minutes.

And the video has everything! It is a tour led, literally, by actor Michael B. Jordan, who is the driver of a school bus, which runs through the neighborhood where all the NBA legends live while illustrating the new generations.

With so many stars and little time, the video has a lot of rhythms, until the most emotional moment, in which Jordan stops the truck and forces Devin Booker (Phoenix Suns) to stop and far from getting angry, the present and future of the Suns turn off the car. The reason is a tribute to Kobe Bryant, in which it gives the impression that time stands still, as there is a silence that transmits calm. “Some things are bigger than basketball,” says Jordan. Applause for the NBA.

Why does Michael B. Jordan appear?

The 34-year-old actor is a self-confessed fan of sports and especially the NBA, but he is also an advocate for the African-American community and a promoter of education in the United States.

“Michael follows our league and is a huge fan of the game. He has a genuine love of basketball, which we recognized long before he ever set foot on set. Not only does he have a strong connection to our fan base, but he also shares the values ​​of our league and the fans,” said Kate Jhaveri, NBA marketing director, according to Adweek.

Who was left out?

Throughout the video, you can see players of the stature of Kevin Durant, Chris Paul, LeBron James, Anthony Davis, Dirk Nowitzki, and other retired legends such as Kareem Abdul-Jabbar or Karl Malone; what’s more, you can see several mascots But where was Michael Jordan?

Jordan appears in one of the last images to be projected on an old television, along with Steph Curry and Giannis Antetokounmpo, but it is true that it took Dennis Rodman or Scottie Pippen.

“It certainly took a lot of coordination to bring together so many current and former players to help tell the story of our league, and we are grateful to all those who helped make that possible,” Jhaveri said.