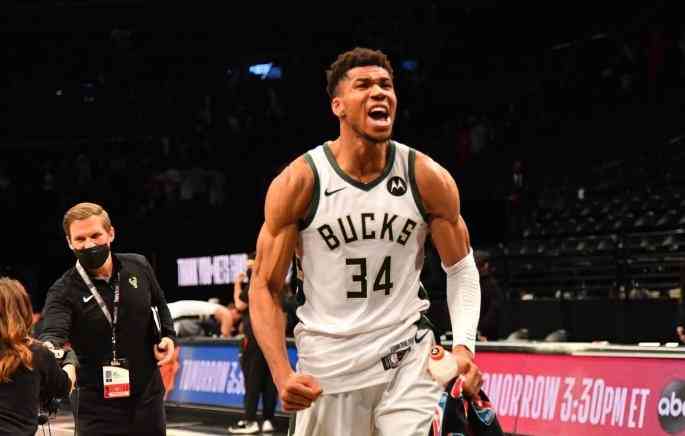 Antetokounmpo and Holiday lead an undeniable victory with 43-17 in the second quarter. Hawks’ disastrous match with an unrecognizable Young and return to the Reddish slopes.

The second game of the Eastern Finals was nothing like the first. Merciless beating of some fantastic Milwaukee Bucks to some unrecognizable Hawks. Giannis Antetokounmpo and Jrue Holiday led theirs.

A setback for the Atlanta Hawks, who came down from this particular cloud, and a boost of morale for some Bucks who played great basketball and dominated the game in an overwhelming way to win 125-91 and even the series.

Atento added 25 points, 9 rebounds, and 6 assists in three quarters; he shot well again from free practice and left us the best individual play of the game when he came out of a reverse to score with a reverse in the first quarter, a finger roll rectifying in the air.

The other great player of the game was Jrue Holiday, author of 19 points in the first half to end the game, also without playing the last quarter, with 22 points and 7 assists. His level in these first two games against Atlanta augurs a hopeful future for his team.

Add the 16 points and 3 steals of Brook Lopez, excellent center, and the 15 points, 7 rebounds, and 8 assists of Khris Middleton, who had just played a very bad game 48 hours ago.

Atlanta was a sad shadow of itself, as was its leader Trae Young, who finished with 15 points, 3 assists, 1 of 8 from the triple and 9 turnovers. Nothing to do with the exultant Young from the first meeting.

Without Young, there was no Capela, and there were no Hawks, a team that cannot really count on Bogdan Bogdanovic because the Serb is so physically limited. The best for the Georgia state team were the good start of Danilo Gallinari and the fact that Cam Reddish, on his return to the game after a long injury, could play 17 minutes and add 11 points, practically all in moments without tension, when the game was already sold out, and the scoreboard said it all.

Everything broke in the second quarter, and it broke into a thousand pieces, without any capacity for the Hawks to repair the extensive damage suffered. The game bath during the 12 minutes of the second act was one of those that remove the hiccups, a bath with historical dyes, with Atlanta giving away balls at full speed until losing the north and with the Bucks offering a master lesson in defensive play, intensity, movement of ball, selection of shot and success.

In the second act, Milwaukee made 75% of its field shots (18 of 24 in the shot) and only lost 2 balls in a true exhibition of the game; Atlanta, meanwhile, made a 7 of 21 on the field goal and lost no less than 8 balls.

In the second quarter, the only joy for Atlanta was that Cam Reddish returned to the game after a long time in dry dock. Beyond that, the debacle of the visiting team of those that leave their mark.

The 77-45 at halftime said it all. Holiday and Anteto dominated the track at will with invaluable collaborations from Brook Lopez and Khris Middleton. The locals were 63.3% correct in the field goal, had 10 triples of 19 attempts after scoring 7 in the first quarter, and added 18 assists and 6 losses. How does this team change when the triples come in, and this time they did!

Atlanta was a real asshole to Nate McMillan’s despair. Horrible Trae Young after coming off an impressive game in the series opener. Young already had 8 turnovers at halftime. The only positive in Atlanta was the good start of the game by Danilo Gallinari; the worst, the team’s defense, a blunder, and the turnovers (13 in the first half).

Far from coming back anything, the advantage grew in the third quarter until the end of the period with the maximum difference up to that moment, 40 points: 103-63! The game was on the way to ending in outright humiliation.

The Hawks had scored 35 points in 24 minutes (second and third quarters) and had already 17 turnovers. Milwaukee was a party, and in full ecstasy, Mike Budenholzer lost his compass a bit by asking for a play review in the last seconds of the third quarter with a 40-point advantage for his team. Totally unnecessary, in very bad taste.

The last quarter was played by the bottom players of the bench, minutes and more inconsequential minutes that left us scarred by the tremendous fall of the Hawks player Nathan Knight. He gave himself a very painful lasso in the back, but was able to leave the track on his own foot.