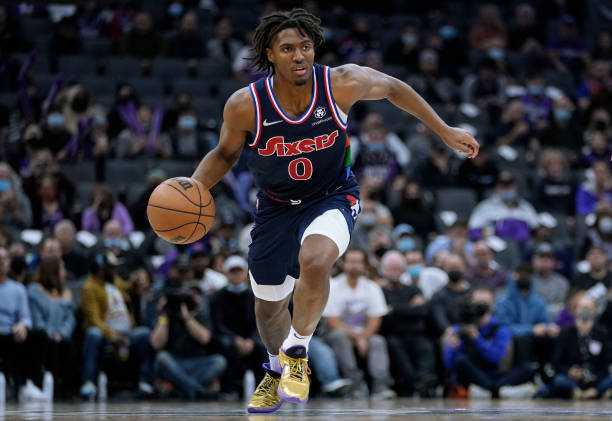 The Sixers player is putting the team on top and averaging 20.7 points in November. His name is Tyrese Maxey, and he is marveling in his second year as a professional. Already in the first one, he left us with a rookie campaign full of impudence and potential gifts to go up quickly in the NBA ranks.

Sixers are making a virtue of necessity. The team has been without Ben Simmons from the beginning, it has been without Joel Embiid for many games, it has been several nights without its big three in full with Tobias Harris also missing, it suffers the losses of important secondary and what could have been chaos infinity and a logical debacle is enduring with a lot of dignity: a 10-8 record and a play-in position in the East. Young Maxey has a good ‘fault’ that things are like this.

Former Kentucky is in a formidable moment of play. He has taken control of the team, and his month of November is being splendid. Suffice it to say that in his last 7 games, he has scored 20 or more points 6 times (and 2 of them went to more than 30). Average in those last 7 games 25.4 points! Elite numbers.

In November, Maxey has averaged in his 12 games of 20.7 points and 5.2 assists, with a 43% accuracy from the triple. His energy in the game rubs off.

We have been in the competition for a little over a month, and Maxey has a PER of 20.05, ranking in the Top 50 in the league.

He is 21 years old, he was selected 21st in the 2020 draft, and now it can be said without the embarrassment that he was a great robbery of that draft.

Maxey would be a candidate for the Most Improved Player award right now, although that candidacy will become much more complicated when Sixers begins to recover all his pieces.

Of course, the path traveled is already important. It’s nice to see Maxey play, and the Sixers appreciate it.

Lakers Beat Jazz In Extra Time In a Beautiful Game