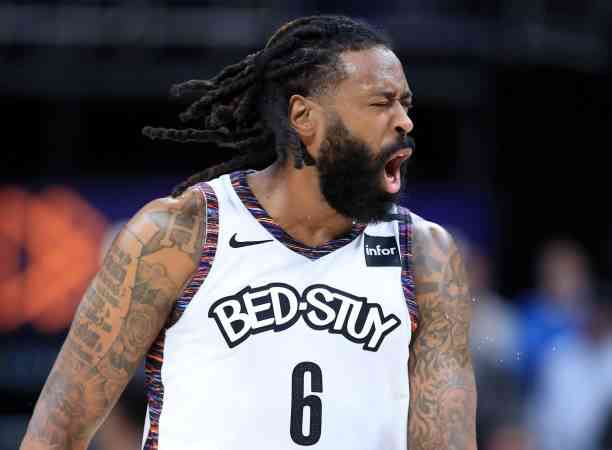 Los Angeles Lakers is one of the teams with the most movement throughout the NBA offseason, this with the aim of reinforcing a squad that can fight for the championship of the 2021-22 campaign.

DeAndre Jordan is very close to signing with the Californians and being the last name to join a rather interesting roster, which would have nine veterans, including important names on the way to the Basketball Hall of Fame. 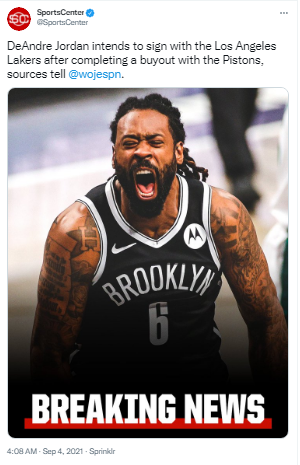 If the latter’s connection is finally confirmed, its starting box would be made up of Russell Westbrook, Wayne Ellington, LeBron James, Anthony Davis, and DeAndre Jordan. They would be one of the most fearsome quintets in the league without much difficulty in offensive terms.

In terms of depth, things are very good in contrast to last season, since they have Kendrick Nunn and Rajon Rondo for the point guard position, while in the guard, they have Talen Horton-Tucker and Malik Monk.

If we talk about relays for LeBron James, they have three big names like Trevor Ariza, Kent Bazemore, and Carmelo Anthony after free agency. In the case of ‘Melo’, it would also be the main relief as a power forward for Anthony Davis.

Finally, Dwight Howard would be in charge of playing in a rotation system behind Jordan in the center position, also counting on Davis depending on the decisions of Frank Vogel. It is not yet known for sure if Marc Gasol will be part of the team for the campaign.

Under this scenario, the Lakers are a squad that is clearly much better prepared to fight for the title than in last season, however this type of payroll also carries some risks due to the seniority of a good part of its pieces, and it will be essential that stay healthy.