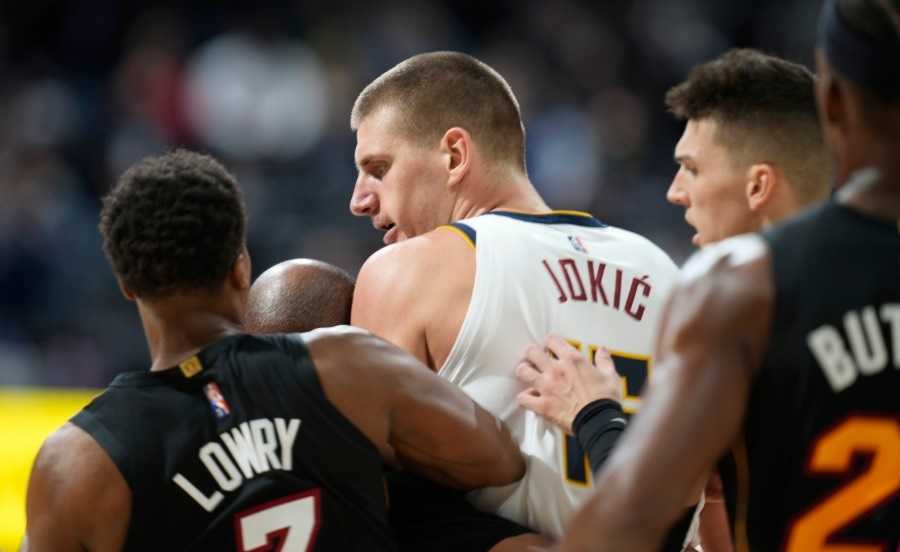 The NBA has imposed a sanction consisting of a suspension game without pay for the Denver Nuggets player Nikola Jokic and has established fines of 50,000 and 30,000 dollars for the Miami Heat players Markieff Morris and Jimmy Butler.

Jokic has been suspended for the push from the back that he gave Morris when the game was already decided (111-94 for Denver was the score at 2:39 left, when the incident took place), an action that earned him the expulsion.

Morris is fined for the flagrant type 2 offense that he committed to Jokic, which was the origin of the incident and earned him expulsion.

In addition, a fine for Butler for his attitude on the court, favoring the escalation of the altercation, and for failing to comply with an NBA safety interview that was part of the process to review the incident.

After what happened, Marcus Morris, a Clippers player who is Markieff’s brother, published a threatening message on Twitter addressed to Jokic, a message that had as a response the creation of a Twitter account by Jokic’s two brothers to respond to Marcus, an account that in little more than a day of life already has 44,000 followers.

Nikola Jokic will not be able to play today Wednesday against the Pacers, having to face the Nuggets without their three great offensive forwards: Jokic, Murray, and Porter Jr.

Goodbye Cowboy! Pau Gasol Retires From Basketball: “Dear Basketball, Thank You For Everything”