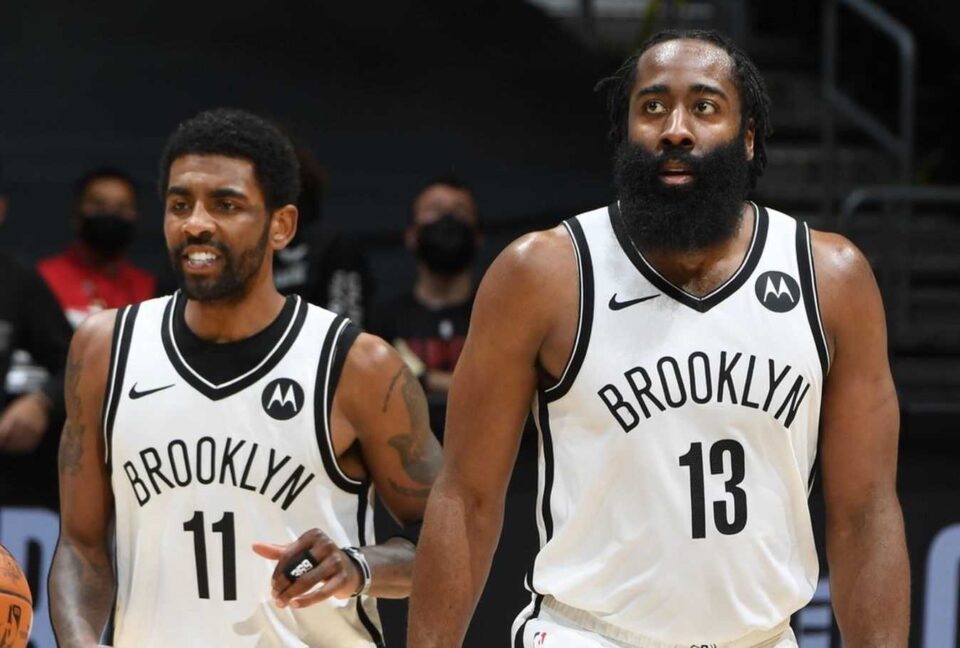 Brooklyn becomes the third team to reach 30 wins this season. Without Kyrie Irving or Kevin Durant. With James, Harden touched. Being doubtful until the last moment for his pain in the neck. For the blow suffered in the game against Wizards. So, with a half big three, these Nets also win.

And it was not a simple game. They were visiting Portland. With the Blazers already with CJ McCollum at a certain level. Brooklyn Limited. Because he has also lost Landry Shamet. But it matters little. These Nets are greased. Very oiled. And what they lacked was to find a young interior with a certain solidity. Nic Claxton points out ways.

The Brooklyn Nets already has 30 wins. Third team in the league to reach them. Jazz and Sixers preceded him. 30-14 mark. The template is not as short as many thought.

The match was even. Nice to see Competitive. With a first quarter that could scare over one. The 41-37 of that first installment left everyone with the fear of a pocket All-Star. In that defenseless breeding ground, Enes Kanter reigned. Formidable his first quarter. It’s almost double-double now. A room with 13 triples (7 locals and 6 visitors). A room without brakes and without defenses. But what came next eased the fears.

From the second quarter he defended. It was something else. A serious match. Unadulterated basketball for the easy show.

At the break, 66-65. With Portland having lost only 2 balls. And at the end of the third quarter, 91-92. Everything ready for the last quarter. With Mr. Clutch on the local side. With all the Blazers fans knowing each other with options. But this time, Damian Lillard jabbed into the bone.

It was a final in which two jumps tried to change the course of the match. Two jumps by Derrick Jones Jr. The first was the dunk that put the 111-114. From there … mistakes and more mistakes in the shooting of the two teams. Until a play arrived that could be key and that in the end, it was not.

At 111-114, there was a 2-on-1 from Robert Covington and Derrick Jones Jr. over Harden. The referees whistled a foul. He called for Terry Scott’s review, and the foul was suppressed. In exchange for the foul, I jump between two. Between Derrick Jones Jr. and the tall Nic Claxton. 16.5 seconds left. And Jones Jr.’s stratospheric jump made him win the ball! That was his second big jump down the stretch. But he couldn’t make the most of Portland’s possession. Just one free for 112-114. And to let Jeff Green define the game with 4.4 seconds left.

Jeff Green subscribes to the elixir of eternal youth. Today, 20 points and 2 free decisive finals. Joe Harris contributed 17 points. And Claxton had 16 points and 9 rebounds in 22 minutes. Good first part of Timothe Luwawu-Cabarrot. And Blake Griffin took a little step. This time he played 19 minutes. And he added 8 points and 5 rebounds.

His triple abuse killed Portland. He made 19. But he shot 55 for only 35 shots of 2. The brilliant Lillard was a clear example: 14 of his 17 shots were from the triple. And he only got 3. He finished with 22 points and 9 assists.

Very good Kanter. His were 19 points, 19 rebounds, and 6 assists. Carmelo Anthony scored 15. Good Covington. Up to 7 local players had 10 or more points.

Portland played without Anfernee Simons and Nassir Litter. Both enter the Covid protocol. That’s why Stotts used a short rotation of 8 that was insufficient against these Nets.