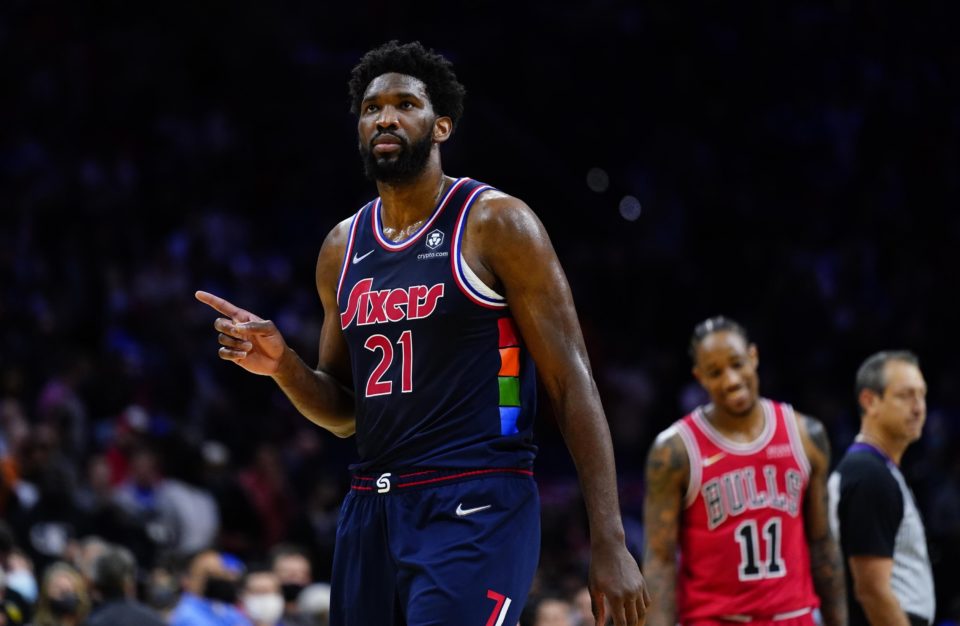 An offensive play by Seth Curry and a defense by Joel Embiid solved the Sixers-Bulls. A game that had a clear owner for most of the night. Chicago was coming off a great comeback against Boston. And he almost repeated the feat against Philadelphia.

With 100-98 on the scoreboard, Curry’s scoring quality emerged. On a force play. Penetrating for a shot of 2. With Alex Caruso glued to him. His shot entered clean and caused the delirium of the stands. It was 102-98 with 10.7 seconds left.

Chicago attacked fast to try to survive in the final seconds. DeMar DeRozan entered with all the confidence in the world. It was released. With another stellar performance in his saddlebags. And he looked for the ravishing mate but … he found a stratospheric plug from Embiid! The referees called the Cameroonian foul. The review was requested. And the referees had to surrender to Embiid’s flight via video. The image is spectacular. An impressive stopper at a crucial moment in the crash. It all ended in a jump between two. The party was decided. Here is the defensive play of the great local star.

Sixers win by 103-98. Or what is the same: the Bulls’ second loss of the season. He’s 6-2, the same mark as Sixers. Yes, Sixers is 6-2! And it seems like a miracle of the first magnitude. Without Ben Simmons. With Tobias Harris testing positive for Covid-19. With Danny Green out of the game. With Joel Embiid with a battered knee. Doc Rivers is balancing with a fairly balanced and compact calf. With a team that knows how to play together.

The fact is that Sixers already have 4 consecutive victories. All as local. And it’s not that his calendar has been benign. His 8 games include duels with the Nets, Knicks, Hawks, and Bulls. The cream of the increasingly thriving East.

Philadelphia dominated the first quarter. And he got a couple of times with an 18 advantage in the second. At the break, 58-44. With Georges Niang returning to send a message to Salt Lake City. Chicago was very short of triples (only 2 scored). And his second unit was light years from the local substitution.

The best of the Bulls was yet to come. He did it in the last quarter. When Donovan defended better, and in more trouble, they put the Sixers. So much so that they even tied the game with 6:40 left to go (87-87). But in the end it becomes difficult to win when your attack only lives on two players.

Curry led the local offense with 22 points. Embiid had 18 points, 9 rebounds and 7 assists. He was not fine in the attack. But it was important back. If not, tell Nikola Vucevic .

Also, 18 points from Niang lead a very good second unit. The former Utah Jazz is contributing. Maxey had 14 points and 6 assists. And Korkmaz contributed from the starting five.

Chicago’s bad night weighed from the triple. And also his lack of bench depth. Do not forget that this team is without Patrick Williams and Coby White.

Mind you, another monumental performance by DeRozan. He was the best visitor. He had 37 points and 10 rebounds with 13 of 22 on the shot. Zach LaVine added 27 points and 9 rebounds. Behind them, nobody. That was the problem. The third scorer, Lonzo Ball, stayed at 13 points. Vucevic had 10 rebounds and 6 assists but only 4 points. Without a magic hat before the might of Embiid.

The Sixers and Bulls are off to a strong start. The thing about the Philadelphia team is surprising.