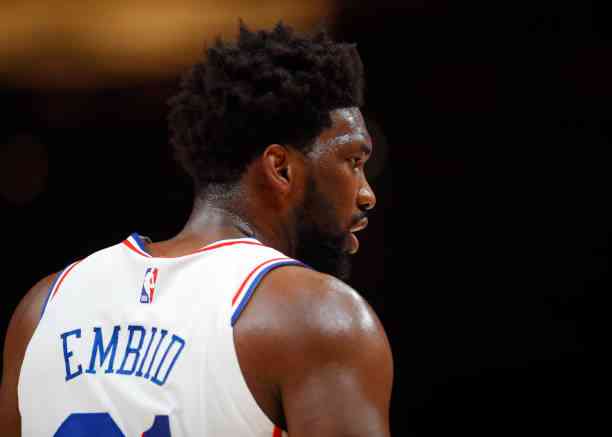 Sixers’ fourth consecutive win with 36 points from Embiid to continue leading the East.

George scores 36, and Patterson makes a great game in a Clippers without Kawhi Leonard.

The Clippers were very competitive without Kawhi Leonard, and that ability to compete without their great star is already a very positive figure, even more so when the rival was none other than the leader of the Eastern Conference, Philadelphia 76ers.

The Angelenos accumulated 7 victories in a row, and that was the point. The Sixers broke that streak and continued with theirs, 4 wins in a row, after winning by a tight 106-103 in a serious game, no unbridled offensive whims, in which local Joel Embiid and visiting Paul George were the central protagonists.

Fantastic offensive duel between Embiid and George, two players who also have undoubted defensive skills. The Cameroonian signed 36 points and 14 rebounds, reaching 50% accuracy in the shot and finishing with a series of 16 of 18 from free practice; the American had 37 points, 9 rebounds and 6 assists, walked over 50% in the launch and his only but were the turnovers. George has already added 5 consecutive games without losing 30 points.

It was a game with casualties, something intrinsic to this tight and suffocating season. The Sixers played without Tobias Harris and Seth Curry, starting in their place Furkan Korkmaz and Mike Scott, while they could not count on Dwight Howard, and this was well noted in the forced rotation of the team, and the Clippers added the loss of Kawhi Leonard to those of Serge Ibaka and Patrick Beverley.

Beyond all those casualties, the game was worth seeing for the level of intensity of both teams in defense. There were no relaxations. It was played to win. And the game was won by Sixers, a team that delivers a good dose of intensity and physical dominance on the court in addition to its quality.

Nothing foreshadowed a tight end when at the start of the game, after an initial triple by Paul George, the Sixers endorsed the Clippers with a 20-0 run to start with a score of 20-3, which would ultimately be your biggest match advantage.

That overwhelming start of the home team, with a dominant Embiid, made one fear the worst about the Clippers’ competitive ability without Kawhi, but it was not, since the Californian team was gradually adjusting its defense and was gradually positioning itself in a game that started with only 3 points scored in the first 5 minutes.

From there, constant control of the Sixers scoreboard, but without being able to break the game. The Clippers were always in tow, although they did go ahead on the scoreboard in the final stretch of the fourth quarter until they forced a close outcome.

In that outcome, Danny Green was crucial by scoring 2 free-winners with 9.8 seconds left (106-103) and successfully defending Marcus Morris’s triple attempt, who sought to force overtime at the last minute.

Before that, two plays with an undoubted quality stamp with maximum tension on the court playing the last minute. The wonderful assistance of Ben Simmons for Korkmaz to score a beautiful 2 + 1 with a basket to the past ring (104-98 at 47.7 seconds), 3 points that seemed to give half a game to the locals, and the immediate response after a timeout of the Clippers: stratospheric assist from Rajon Rondo’s side, what quality yours !, to draw an alley-oop with Marcus Morris with hardly any time passing (104-100 immediately after Korkmaz 2 + 1). Good pencil from the Lue slate.

Those two plays speak clearly of the level of two teams called to fight for the title.

At 104-100 came a triple by Reggie Jackson to put all the pressure on Green’s free practice after a play designed by Rivers so that the Clippers’ fault did not fall on Simmons.

The Philadelphia team had, in addition to Embiid, a great Korkmaz (18 points, 4 assists and 5 triples) and two players who were above their statistics, that is, their game and real importance cannot be revealed through their numbers: capitals Ben Simmons and Danny Green.

Simmons and Green played at a very high level in defense, as they did in the 23 minutes that Thybulle had. When Rivers, who today faced his former Clippers team, put these three players on the court together with Embiid, the home defense drew up defenses of great height and extreme commitment. Spectacular, to see on video, the defensive play in which Simmons almost cut a ball in the central part of the defense to in the blink of an eye put a block to a triple thrown from the corner.

In Clippers, in addition to George, great minutes by Patrick Patterson, who did a lot of damage to Sixers with his 18 points in 14 minutes after making 5 triples of 7 attempts -and also defended-. Marcus Morris had 15 points, and Rajon Rondo performed well again after adding 10 points and 8 assists in 26 minutes. Rondo defended, he was agile in attack, he was very involved, he shot well to the basket, and his team made a +7 with him in the running.

It can be said that the first half was from the Sixers (31-20 in the first quarter with only three visiting players scoring and 59-47 at halftime with defense, rebound and ball control) and that the second was more from Clippers, when it started to defend for real, leaving the Sixers at 22 points in the third quarter and getting on the scoreboard until getting to put it in their favor (90-91 at 7:12 left), all to lead to a final in which Green it was a vital part of Sixers’ triumph.