How Much Does The Brooklyn Nets Payroll…

Tickets, Protocols And Classified: Everything You Need…

Who Is Guanyu Zhou, The First Chinese… 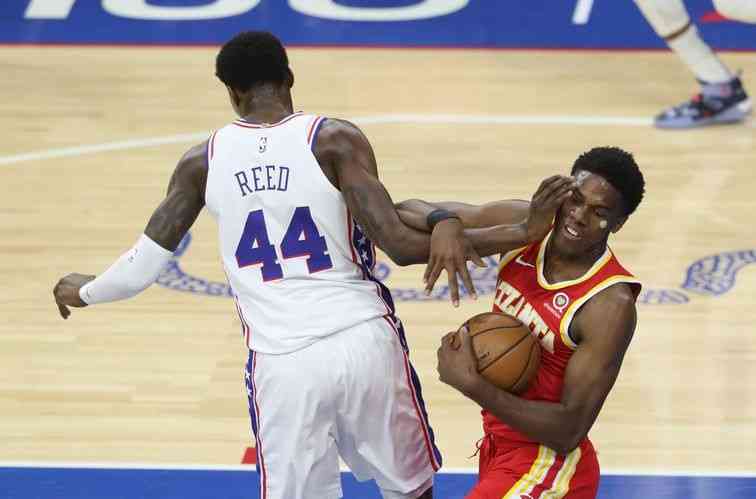 Philadelphia leads 2-1 in the tie and regains the lost home court factor. The waters return to their course. The Sixers won their second straight game over the Hawks to go 2-1. Victory by 111-127 to regain the lost home court factor. Very good level of the big three of Philadelphia. And control of the game and the scoreboard of those of Doc Rivers. Against Hawks with two big problems: defense and triple.

Doc Rivers in known land. At the home of a franchise where he made a career as a player. And his visit to his old sports home couldn’t have been more productive. Not even the obstacles that were presented along the way were an impediment to winning.

The first problem: Danny Green’s injury after 4 minutes of play. He asked for the change, limped out, and went to the locker room. Then he was seen in the band. Already dressed for the street. With an orthopedic boot. We will have to wait for its evolution.

His substitute on track, Matisse Thybulle, had foul problems. He was sent off for committing 6 in 17 minutes. Second problem. And later came the scares that could be serious. They happened in the last quarter. When Sixers dominated the scoreboard at will. And they affected two of the three stars of the team. First was the blow to the head of Tobias Harris. The poor man almost broke his neck. Dangerous blow. Then came the tremendous butt of Joel Embiid on play with Clint Capela. He fell to the ground in a horrible way. But both Harris and Embiid survived bruised.

Beyond those shocks, a serene and convincing Sixers victory. With his big three at a good pace. Embiid had 27 points, 9 rebounds, 8 assists and 3 blocks. Harris added 22 points, 8 rebounds and 5 shots to the basket. And Ben Simmons flew up in attack. His 18 points and 7 assists. Again Trae Young’s primary defender. Formidable his one-handed pass to an alley-oop with Embiid in the third quarter. When Sixers definitively broke the match.

The third quarter killed Atlanta. The visitors put land in the middle. Up to 20 points. Score of 75-95 at the end of the quarter with rookie Maxey’s basket . Partial of the quarter: 19-34. The Sixers defending. Doc Rivers’ team increasing their lead with Embiid and Simmons making the difference.

The last quarter was a relaxed exercise. With Atlanta proving powerless. Although he tried, there is no doubt about that. Unsuccessfully.

Had Philadelphia 6 players on 10 or more points. His second unit scored 48. With a great Furkan Korkmaz and a productive Dwight Howard up front.

Atlanta shot very poorly with 3 points (6 of 23). And defending little and badly. Trae Young had 28 points and 8 assists. John Collins had 23 and 7 rebounds. Bogdan Bogdanovic had 19 points. Danilo Gallinari 17. And Clint Capela finished with 8 points and 16 rebounds. Of course, we must not forget that this team is playing without De’Andre Hunter and Cam Reddish.

We will see what the series gives of itself. But right now Sixers seems to have managed the situation. And he has a team ready to fight for the title of the East. It will be necessary to see what resistance Atlanta puts up.