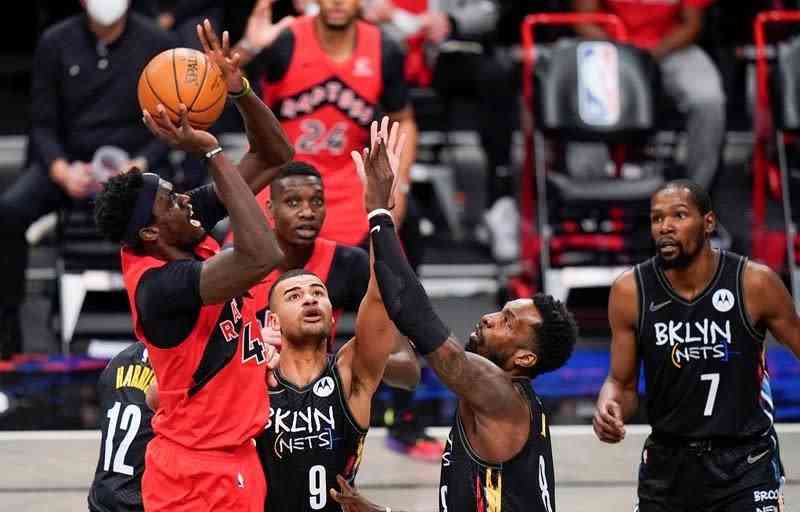 Brooklyn plays without Durant and Harden with Irving and Brown as best men.

The Raptors were finally able to bring together all their important men in a game, something that has not been usual this season, and with all of them on track, this team radically changes its game and its productivity.

Toronto beat the Brooklyn Nets 114-103 against odds, a Nets without Kevin Durant and James Harden.

The Raptors added Kyle Lowry, Fred VanVleet, OG Anunoby and Pascal Siakam to their ranks, and this is news.

Those four players carried the weight of a team in which players like Chris Boucher, Gary Trent Jr. or Malachi Flynn were relegated to secondary school, who had had to accept a good dose of responsibility in past games to pull the car in an injured team.

Toronto’s fourth consecutive win (all at home). Victory with 27 points, 9 rebounds and 6 assists from Siakam, 25 points from Anunoby, 17 with 5 triples from VanVleet and 14 points, 7 rebounds and 5 basket passes from Lowry. A Nick Nurse was certainly relieved to see the band after all disorders suffered by a team not forget, lives in exile season.

The Canadian team started by conceding 36 points in the first quarter, but resolved half a game in the next two. The second quarter helped him balance the disadvantage and open a gap on the scoreboard, up to +11. The partial of those central 24 minutes of the meeting: 69-45. A set that is well worth a victory.

Nurse’s team improved defensive performance, scored 18 triples and had all its relevant men collaborating in the victory.

Brooklyn lost those two central quarters in which his defense did not have the necessary tension to minimally stop the rival.

Kyrie Irving had 28 points, 11 rebounds and 8 assists, and a great Bruce Brown went to 21 points and 14 rebounds starting as a substitute. Great first part from Joe Harris and good work on the rebound from DeAndre Jordan. Blake Griffin invited optimism in the first half and declined in the second, Jeff Green did not have his best day, and Landry Shamet, who came from great performances, was shipwrecked in the shot with a series of 3 of 17.

Brooklyn has gotten into an uneven dynamic going 3-3 in its last 6 games.