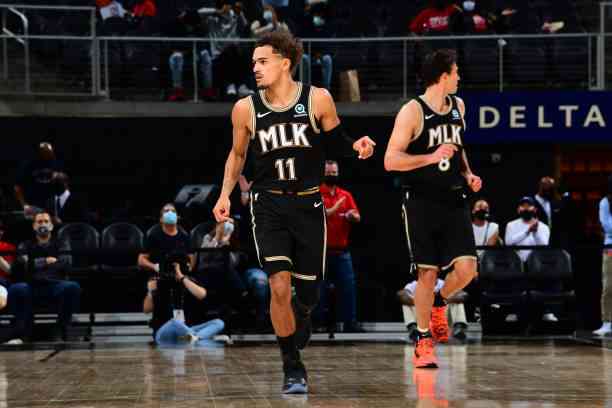 Party to remove the hiccups Zach Lavine with a prodigious first part (39 points rest!), Memorable performance that was unrewarded by the best Trae Young and Atlanta Hawks’ reaction.

The LaVine effect was not enough and was deactivated by Nate McMillan’s squad, which has been sweet since the iron coach directs it.

Hawks win against Chicago 120-108 in a true gunfight between Young and LaVine.

Young added 42 points, 8 rebounds, 9 assists, and 15 of 25 in the field goal to leave behind a certainly gray last game. He raised his proposal to the levels expected of him. Spectacular the electric base of the Hawks, who scored 18 points in the first half and 24 in the second.

LaVine, meanwhile, broke his NBA scoring record with 50 points, which he accompanied with 8 rebounds, 5 assists, 18 of 31 on the field goal, and 7 triples, all scored in the first half!

The really magical thing about LaVine’s performance was his first half: 39 points, 5 rebounds, 13 of 19 on the field, 7 of 9 on triples, and 6 of 6 on free, after scoring 25 points in a row in the second quarter!

LaVine becomes the first Bulls player since Michael Jordan in 1997 to reach 30 points in the first half and the third player with the most points at halftime in an NBA game in the last 25 years, only surpassed by 42 that Kobe Bryant achieved in 2003 and the 40 that Klay Thompson did in 2016.

The bitter face for the Bulls was seeing how LaVine scored 39 points in the first half, and the whole team was only able to score 42 in the second, which speaks well of the great defensive work developed by the Hawks after conceding 66 points in the first 24 minutes. Sergeant McMillan’s rape in the locker room must have been one of those who stir the conscience.

Atlanta, which barely made 7 triples in the entire game, had Clint Capela with 22 points and 10 rebounds and Danilo Gallinari, who started completely erratic in shooting, with 20 points.

McMillan’s team has 5 wins in their last 6 games, is 28-25, and is already fourth in the Eastern Conference standings.

In addition to LaVine’s scoring explosion, Chicago only counted on Nikola Vucevic (25 points and 10 rebounds) in the attack. With only two players on offense, it is very difficult to win, even more so when 120 points are conceded.

The team of Billy Donovan dominated the 96-101 score 7 minutes from the end but the game ended badly, fitting in those final minutes 7 partial Hawks 24-7 to a much higher score when defining the meeting.

The Bulls, with this defeat, see their good streak cut short, since they entered the game with 3 consecutive victories, something that was news for a franchise too used in recent years to negative streaks.

Curry In a State of Grace: 49 Points And 10 Triples To Beat Sixers