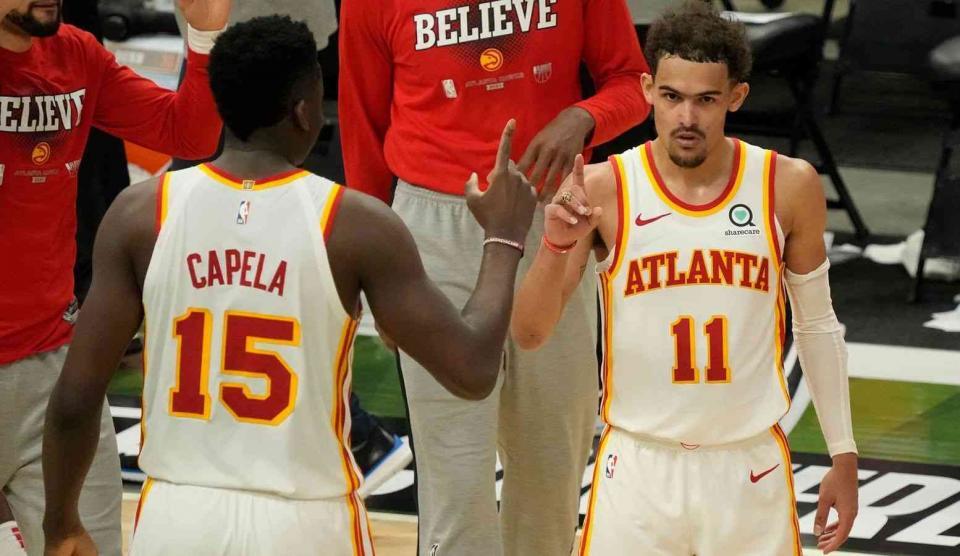 Point guard Trae Young, who was once again key to the Atlanta Hawks ‘ 113-116 victory over the Milwaukee Bucks in the first game of the Eastern Conference final, declared after Wednesday’s game that his team has no limits except the NBA final.

Young was the leading scorer of the game with a record 48 points, 25 points more than those recorded by the second scorer for the Hawks, in addition to 7 rebounds, 11 assists, and 1 steal.

After the game, Young told the media that the Hawks “have no roof.”

“It’s something that they asked me a lot at the beginning of the season, and I was already saying that I didn’t think we had any limits. We can go as far as we want. We don’t have any limits unless it’s the finals. I believe in this team, and we all believe in the finals. each other, “Young explained.

“This is my favorite team of all that I have been part of. It is a special group, it is unique, ” added the 22-year-old guard.

Young justified the shoulder movement with which he preceded a triple in the third triple and which some interpreted as a mockery of the Bucks players.

The point guard downplayed the gesture and said “I had a lot of time, and I was a bit tired, so I had a second to take a deep breath and score the triple.” Young also stated that the Hawks’ key is “attention to detail.”