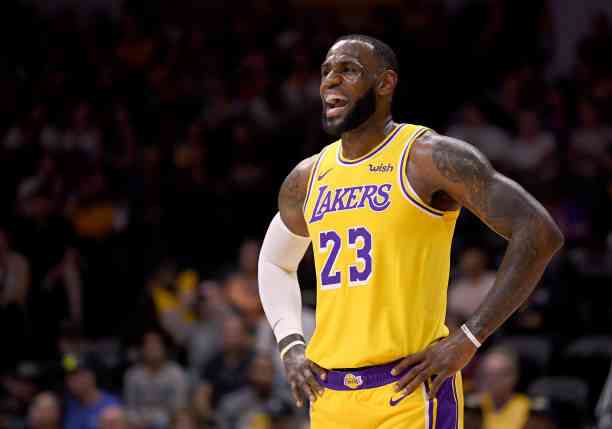 LeBron James has never hesitated to comment on various issues, but one of his requests puts him in the eye of the hurricane.

We think we were all a little happier when the judge said the word “guilty” to police officer Derek Chauvin in the George Floyd case, one of the most celebrated was LeBron James and his euphoria got a little out of hand with a publication on social networks that focuses on another character who committed police violence.

Nor can we deny that LeBron has a special affection for the city of Ohio, where police abuse similar to that of George Floyd occurred and that James did not ignore. In his Instagram stories, which he has already deleted, he uploaded the photo of the policeman who killed 16-year-old Ma’Khia Bryant in Columbus.

But let’s contextualize it in a better way so that it can be understood. The camera images show Ma’Khia Bryant in an altercation with other people. It seemed that he was carrying a sharp weapon, so the policeman shot at the girl from 16 years old four times.

For LeBron James, the fact could have been resolved in another way and without anyone losing their lives like Ma’Khia Bryant, and he did not hesitate to protest on his social networks by publishing the photo of the policeman who took Bryant’s life with the message “you’re next,” hinting that he should go the way of Derek Chauvin.

This post by LeBron has generated various reactions, and one of those that is against the basketball player is that of the United States Police Union, as it has condemned the message that James used as: “shameful and extremely reckless.”

Tom Cotton, senator from Arkansas, was also another of those who was against the publication made by LeBron James: “LeBron James is inciting violence against an Ohio police officer. This is embarrassing and dangerous.”