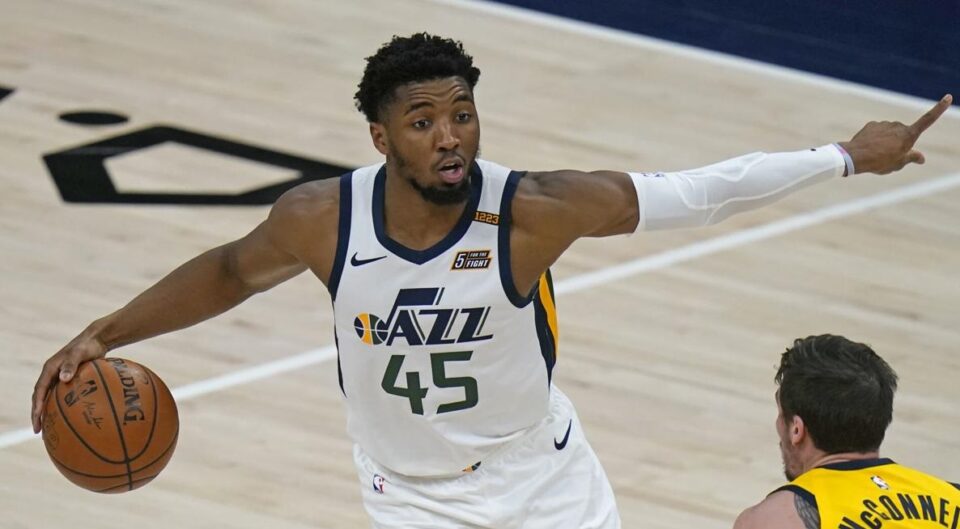 The Jazz star leaves the game in the third quarter with an ankle injury.

A victory that can be expensive. It all depends on the degree of injury Donovan Mitchell has to his right ankle. The player had to leave the Jazz-Pacers in the third quarter. His team reacted and ended up winning 119-111.

The Jazz lost 65-74. There were just over 8 minutes to finish the third quarter. It was then that Mitchell was left on the ground with his ankle hurting. He got up with difficulty. And he limped off to the locker room. Supporting his walk on the shoulders of two companions.

X-rays rule out a fracture. But the player is awaiting an MRI. The injury is located in the lower part of the ankle. There is a certain optimism in Jazz. It is expected to be a minor injury. But you have to wait.

Mitchell was playing another splendid game. Lately, he had subscribed to performances of more than 35 points. With a few games of 40. Today he had 22 points in 21 minutes. He was still in a big way before suffering his mishap.

The best thing about Jazz was his reaction in the third quarter. Without Mitchell on the track, they came back. They finished the quarter 89-89. They came from losing by 17 points when the first half was played.

A final squeeze in defense. In the last quarter. For a partial 30-22 and win the game. These Jazz are a team with capital letters. They don’t fool anyone. They are very well greased.

In addition to Mitchell, 24 points from Bojan Bogdanovic . Jordan Clarkson made 18. Mike Conley’s double-double with 10 points and 10 assists. And another spectacular example of Rudy Gobert’s board mastery. The French, unattainable: 13 points, 23 rebounds and 4 blocks. His performance is decisive.

Utah survived despite losing 20 balls. And the Pacers missed a great opportunity. The Indiana team shot 101 times to the basket. But it did not reach 40% effectiveness. An important drag. They missed 64 field goals. A more than a considerable figure.

Caris LeVert signed 24 points. Domantas Sabonis had 22 points, 15 rebounds and 7 assists. The most complete of yours. Malcolm Brogdon helped with 16 points. But none of the three was exemplary in their approaches to the basket. Low percentages of the Pacers capital trio.

Well, from the second Bitadze, Lamb and McConnell unit. A second unit that performed very evenly with the local substitutes.

Indiana continues to fight in play-in spots. Utah is something else. His 42-14 is the best mark in the entire NBA. It is the team to follow.