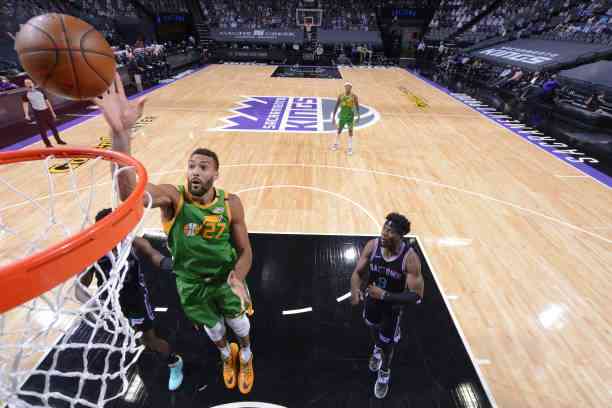 Utah Jazz had to beat the Kings to complete their great season. And it has. The victory was not complicated: 99-121. Sacramento did not play anything, and their losses were notable in quantity and quality. The Jazz are the kings of the 2020-2021 regular season.

Historic season for Jazz. It ends with a record of 52-20. It is the best brand in the West and in the entire NBA. He will have, therefore, the field advantage in the playoffs whoever he plays with. And it is the first time that the franchise has achieved the best record in the league alone. Before he had twice managed to have the best tie tied. It was in the years 1998 and 1999 (this year of the lockout).

The team Quin Snyder was bound to win. Because Phoenix had won his match hours before. And everything went smoothly: 49-64 at halftime and no rush in the second half.

Jordan Clarkson has scored 33 points and 6 triples. Knock on the door of the Sixth Man award. Bojan Bogdanovic has made 18. And Rudy Gobert, 13 points and 16 rebounds. The team has endured the guy in the final stretch of the course despite not having Donovan Mitchell. A sample of depth and maturity.

The Kings have come forward with a lesser team. And they are not exactly a larger team when they are full. Many, many casualties. His top scorers have been Terence Davis and Damian Jones. The names of the top scorers say it all.

Utah will now have a week to rest before heading into the playoffs. His rival will come out of the play-in. It will be the Lakers, Warriors, Grizzlies, or Spurs. We will have to wait. But what nobody doubts is the season that the team has done. A squad that has fallen in love with their game. A game that has resulted in excellent results.

Now, the great doubt lies in the after. Will these Jazz be able to withstand the pressure of the postseason? Will they be able to stop the push of the teams that were more favorites than they before the start of the season? Time will give us the answers.

Indiana Pacers Sweeps The Hornets From Start To Finish