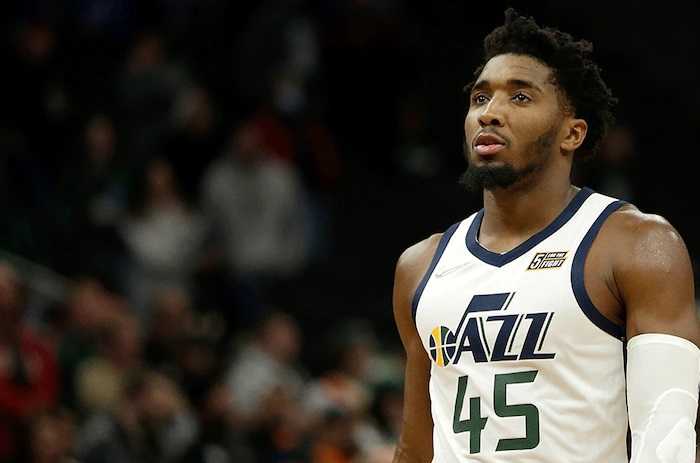 Donovan Mitchell leads a win against the Bucks, who accumulate 3 losses in a row.

The game started with a triple by Donovan Mitchell. And he finished for competitive purposes with two definitive baskets from Donovan Mitchell. In between, Utah easily overpowered the unarmed Bucks. Milwaukee has 3 consecutive defeats.

Utah dominated the game fourth to fourth. Until he stood at the end of the third with 69-84 on the scoreboard. His victory was never in jeopardy. Although there was minimal emotion in the final stretch. It was when a triple by Grayson Allen put the 95-99 in the light. There was 1:39 left to go. But then Donovan Mitchell came along and resolved with wonderful ease. Two baskets from Mitchell definitely ended the match. They put those 4 points on the scoreboard at 95-103. And the end result was 95-107.

Jazz had started the game at a triple beat (6 of 10 in the first quarter). And he never stopped carrying the handle in the game.

Those of Quin Snyder is a team loaded with well-established automation. His game is a continuation of last year. That is why they did not hesitate to bite the wounded prey. Knowing the fragility of the current Bucks.

Milwaukee’s casualties weighed again. Without Khris Middleton (sick). Without Jrue Holiday, Brook Lopez and Donte DiVincenzo. The return of Bobby Portis mattered little (inactive in the past games). The local starting five had nothing to do with the five that were proclaimed champion months ago. Thanasis Antetokounmpo is now practicing startup, for example. Today, 32 minutes of play for Giannis’s brother. Which gives an idea of ​​the state of things.

The visitors came from suffering their first defeat of the course. And 24 hours later, they did not fail. They did not do it in a game with the two teams back-to-back. Utah is now 5-1; Milwaukee is at a poor 3-4.

Donovan Mitchell led the win with 28 points. Mike Conley made 20. Right from the triple. He had rested in the previous game. It suited him well. Jordan Clarkson added 15 points and Bojan Bogdanovic 14.

Meanwhile, Rudy Gobert barely had a chance to face the basket. He shot 3 times to the basket in the whole game. His 9 points, 13 rebounds, and 4 blocks.

Abysmal difference from the free ones. Only 10 fouls by the visitors. Milwaukee threw 6 free throws for 27 the Jazz. Good fault of that abyss was in the lack of decisive players in the Bucks. Little offensive aggressiveness. Little power to face the hoop. The team also lacked bench depth. Essential parts were missing. We must insist on it.

Giannis Antetokounmpo was his best man. The Greek added 25 points. With an unusual fact: his 3 of 11 from the triple. He threw more 3s than 2s in the match! Grayson Allen added 18 points. And Bobby Portis finished with 15 in 19 minutes.

As if the local casualties were few, Rodney Hood was injured. He could only play 11 minutes. The current champions are in the frame.