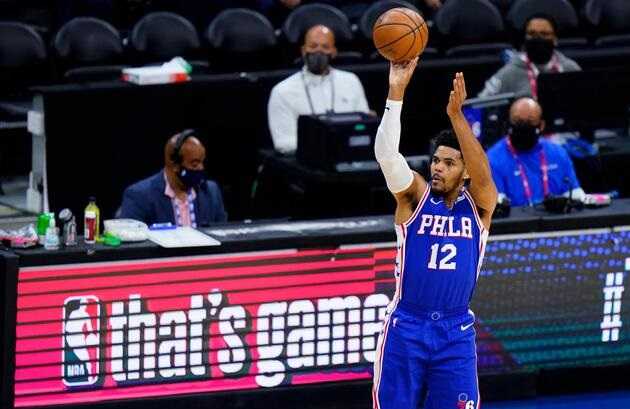 Bogdanovic and Gobert lead a resounding victory for the Utah Jazz (120-85). The Sixers accumulate 5 losses in a row without Embiid and Thybulle in play.

The Sixers have not raised their heads since they are without Joel Embiid and Matisse Thybulle, to which the loss of Danny Green has also been added. Without them, defensive efficiency has suffered, and losses are piling up. Utah Jazz has taken advantage of the situation to have fun on the track.

Full-blown beating in Salt Lake City. Utah has won 120-85 after endorsing Philadelphia 67-38 in the central 24 minutes of the game. Utah needed the win well, coming off 4 losses in the last 5 games, the closest 2 at home to Pacers and Heat.

Worse is the passage of the Sixers, who have definitely left behind their miraculous start to the season in which they climbed to the top positions of the league despite their many casualties. Now, things look worse: 5 consecutive defeats and 8-7 in the table. Doc Rivers’ team plummets without Embiid and other key players. Of Ben Simmons or talk, Simmons is today one former player Sixers, unless proven otherwise.

Utah attacked at will, closed the routes to the Sixers rim, and lived a most placid last quarter after finishing the third with 31 points of advantage.

The locals had Bojan Bogdanovic with 27 points and 5 triples, Jordan Clarkson with 20 points and 7 rebounds in 22 minutes, Rudy Gobert with 15 points, 17 rebounds, and 4 blocks, and Donovan Mitchell and Mike Conley with 13 points each. Between Conley and Ingles, they gave 14 assists, and Hassan Whiteside did very well in the first half.

Sixers was 36.7% accurate on the shot, was unable to fight on the boards to recover his own errors, shot horribly from 3, and was out of the game starting in the second quarter.

Among the visitors, 18 points from Shake Milton, with 7 of 19 in the field goal, and 16 from Tyrese Maxey. Tobias Harris was gray, Andre Drummond played 12 minutes, and his team accumulated -22 with him on the court. Seth Curry signed 1 of 8 in the shot. Georges Niang scored 7 points for his former team, being far from his performances in previous games.

The Philadelphia team did not accumulate such a negative streak of results since December 2017.