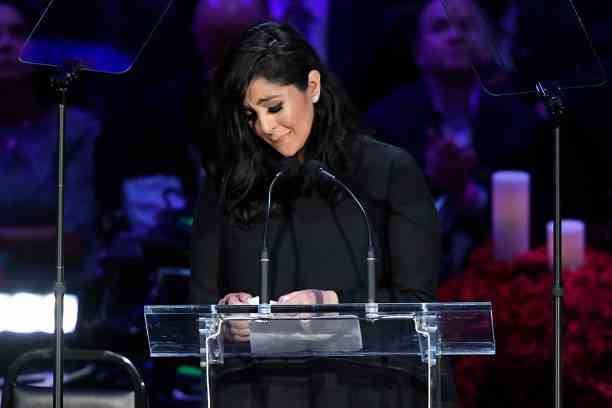 Kobe Bryant is already part of the NBA Hall of Fame and his widow, Vanessa, dedicated an emotional speech that left memorable phrases.

Kobe Bryant retired from the NBA in 2016, but years ago, the world knew that he would be part of the Hall of Fame, and as of today he already is. The Lakers legend was one of nine former players inducted into the 2020 ceremony, but it was postponed for a year due to the pandemic.

‘Black Mamba’ died on January 26, 2020, after the crash of the helicopter in which eight other people were traveling, including his daughter Gianna, for which Vanessa Bryant, Kobe’s widow, received the recognition in the company of Michael Jordan.

Kobe Bryant and his idolatry of Jordan

Although Jordan was present on the stage, it was Vanessa who took the palms after a speech of more than 10 minutes, a period in which he detailed Kobe’s idolatry towards Michael, which was reflected in ‘The Last Dance’

“Kobe said: ‘And what do I do with those fans who saved up to come see me even once?’ He remembered when he was a kid, and he would sit and watch his favorite player play,” Vanessa said, looking up at Jordan.

Vanessa dedicated part of her speech to remember her husband’s journey, as well as the advice he used to share outside the context of basketball.

“I wish my husband were here to accept this incredible award. He and Gigi deserve to be here to witness this, “he said before launching the most emotional phrase of the ceremony.

“You got it. You are already part of the Hall of Fame. You are a true champion”, said Vanessa visibly excited. “You are not just an MVP, you are an all-time great. I am so proud of you, I love you, and I will love you forever.

In addition to Jordan, the daughters of Kobe and Vanessa were present during the ceremony: Natalia, Capri, and Bianka. Of them, Natalia was the one who wore the red jacket with which each inducted is welcomed as part of the select group.