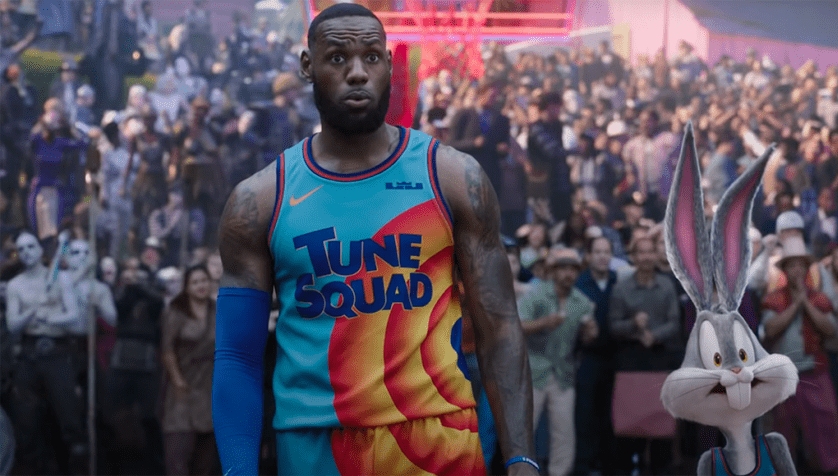 In the WORLD of the NBA, there is a before, and after of Michael Jordan, the player revolutionized basketball around the world and in different ways, in such a way that he brought basketball to the entertainment industry and pop culture through Space Jam, that 1996 film in which the Star of the Chicago Bulls shared the duel with Bugs Bunny and company.

After 25 years, Space Jam found Jordan’s successor. It could be none other than LeBron James, who has dominated the NBA over the past decade. His name has sounded more than ever since his arrival with the Lakers, with whom he was already champion in 2020.

LeBron James won’t be alone in “Space Jam: A New Legacy,” because in addition to Bugs Bunny and the rest of the Looney Tune’s iconic characters, “The King” will feature WNBA star Diana Taurasi as well as Anthony Davis, Damian Lillard, Chris Paul, and Klay Thompson as allies.

LeBron James and Michael Jordan not only share the fact that they wear the number 23 just in the year their respective films were released to face the “Goon Squad,” but they have that special spark in and out of the duel and media power that makes them legends.

Could anyone else star in Space Jam?

Just as Jordan once had a marked rivalry with Charles Barkley, LeBron James has had special rivalries with players like Steph Curry and more recently with Giannis Antetokounmpo or Kawhi Leonard, whom he wanted to recruit with the Lakers and eventually decided on the Clippers, the uncomfortable neighbor at Staples Center.

And what about the other stars before Jordan? We’re talking about the players who marked the era, and their names still ring in the NBA, like Magic Johnson or Shaquille O’Neal. Not to mention Kobe Bryant, who left a mark after Jordan and before LeBron James.

That’s why we set about the task of bringing all those stars together to choose the NBA star you’d liked to see alongside the Looney Tunes stars.