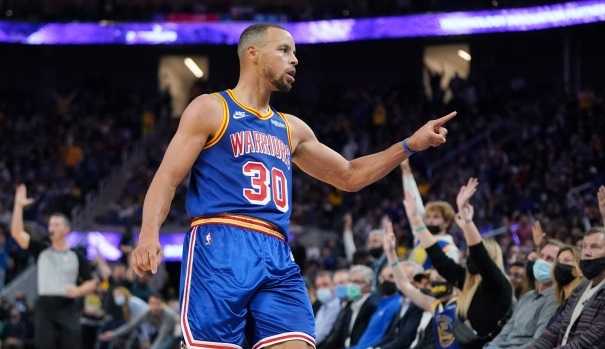 Seventh win in a row after breaking the match in the central quarters with a 63-33. Another Stephen Curry display and another warrior win. San Francisco already vibrates with a team that adds 7 consecutive victories to become 11-1. Those 7 victories have indeed all been at home. But the trajectory of the Californians begins to be unstoppable.

The Bulls came alive until the break (51-45). But already in the second quarter, they had run dry in attack. And it was reaching the third act and … Golden State pulled out all its artillery to melt Donovan’s. Partial of 35-17 for a resounding 86-62. The last quarter was a simple pastime.

Warriors broke up the game with two memorable central quarters on defense. It was 24 minutes that ended with a tremendous 63-33. With Stephen Curry martyring the rival in the vanguard. In the decisive third quarter, Curry scored 15 points. Almost as many as Chicago.

The first part of the Warriors-Bulls was a party for any lover of defensive art. Two teams working hard behind. The second was simply a local monologue. And Chicago fell apart.

Vucevic was not there. But that cannot be an excuse even if it is a significant loss. By now almost all teams have war reports. The difference was in the Warriors’ group power and Curry’s unstoppable offense.

Curry finished with 40 points. He made 15 of his 24 field goals. And 9 triples being over 50% effective. With him on the track, +31 for his people. He has already added 52 games with 40 or more points. And no less than 36 with 9 triples (those who follow only achieved as many triples in 9 games). Curry’s final smile gave him away. It was the smile of a gamer who had enjoyed the game as a child.

Andrew Wiggins had 15 points and Jordan Poole had 14. But the players who really mattered had other names. Besides Curry, Draymond Green, of course. He was touched to the game and it was not noticed: 9 points, 9 rebounds and 7 assists. And the second unit. Andre Iguodala, Gary Payton II and Nemanja Bjelica are having a wonderful time.

It was all good news for Warriors. Draymond Green did not suffer from his physical problem. Otto Porter Jr. gave a great scare. But the knee responded. And the fans are beginning to glimpse the potential of rookie Kuminga. All this winning. All this while on a roll and leading the league. With Toscano-Anderson playing this time minutes without relief.

Steve Kerr is once again able to model a winning team with his hands. With Klay Thompson still watching from the band. And without really knowing what fit Wiseman is going to have on this campus.

Chicago’s leads definitely melted in the third quarter. And then he gave up out of mere inferiority. The visiting team lost 20 balls. He was unable to dominate the boards. And it was again a squad with little range from triple. His defensive slump joined this after the break. The latter proved crucial.

Zach LaVine had 23 points (but lost 7 balls). DeMar DeRozan added 18 (but shot badly to the basket). And a little more. Lonzo Ball’s Bad Night. Unproductive match of Alex Caruso. And the promising start of Ayo Dosunmu and then disappear.

These Bulls are on the right track. But they are showing unevenness. They are still putting pieces together. And it will be difficult for them to be without Vucevic and without Patrick Williams.