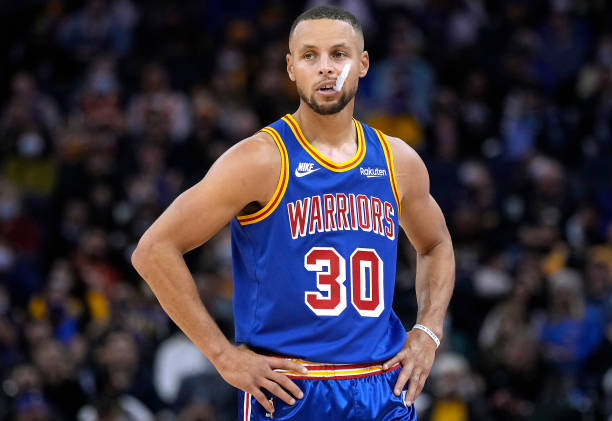 A comfortable win against Atlanta Hawks after a devastating third quarter. Again Stephen Curry with his magic wand, another masterful performance of the great master of the offense. The Warriors star had some gray games in which he had left the prominence to Jordan Poole, but when he took up the baton again, it was magic in its purest form.

Curry is back to being Curry at its finest. The Golden State point guard has danced the Hawks in a disheartening way for the opponent, no matter what score they put on him. Curry has achieved 50 points, 10 assists, 7 rebounds, 3 steals for 2 losses tonight, he has gone to 50% in the field goal, he has hit 9 triples touching that 50%, he has made 13 free without any failure, and his team has made a +31 on the scoreboard with him in contention. But beyond all those outstanding numbers, there is the big player brand, there is his display of play on the court, there is his aesthetic way of solving problems. Unstoppable from start to finish.

The warriors hadn’t shone, especially in the first half (Curry had already). The game reached the break with 61-65 in the light. Equality, defenses too lax, with little commitment on both sides, and a scoring duel between Curry and Trae Young, a scoring duel that in the second half became simply a monologue of the local star.

Everything changed in the third quarter. Golden State visibly pressed the accelerator in the defensive field and from that defensive improvement destroyed its rival from all points of view to make it 41-20 in 12 minutes.

Brutal Warriors quarter: 41 points, 65% from the field, 5 of 9 from the triple, 10 of 10 from free, 9 assists, and a deadly defense, with Curry scoring 18 points in the quarter that unbalanced everything.

That third, fourth differential thus becomes a reflection of the start of the season for both. Warriors are the best team in the NBA, at 9-1. His immediate pursuers have already lost 3 matches; Hawks, meanwhile, has started with many doubts and is in a poor and unexpected 4-7 that has nothing to do with his previous season and the quality of his squad.

Golden State is having a very sweet moment (and it is without Klay Thompson and James Wiseman ). Key to his success today, as in everything so far this season, the Warriors’ ball movement. Its circulation is a delight to the eyes, and the numbers do not lie: in the 10 games played, 72% of Golden State’s baskets have been preceded by assists!

Against Atlanta, the resurrection in the second half of Jordan Poole was important, who finished with 16 points, as well as the contribution of the second unit, with players such as Bjelica, Iguodala, Payton II, or the Mexican Juan Toscano-Anderson, who shone with own light: 11 points in 15 minutes after hitting 3 triples. What passion does the Mexican display on the field!

Wiggins and Lee, another very good substitute, were in double digits scorers, and Draymond Green was always there, because he never stops being there. It is capital in this team.

Atlanta, which is 1-6 on the road, saw Trae Young lose steam after the break, as did John Collins after a great first half. The first finished with 28 points and 9 assists, and the second contributed 19 points, to Bogdan Bogdanovic’s 17.

Is It A Mirage? 5 Points TO Understand The (Almost) Devastating Step Of The Golden State In The Beginning Of The NBA