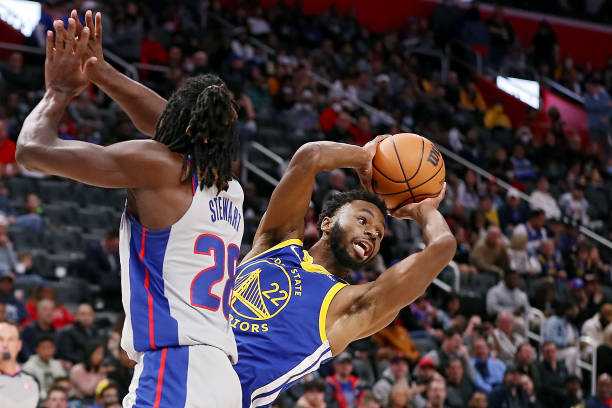 The Clippers fell in New Orleans after scoring just 26 points in the second half. Brooklyn goes 12-5 and climbs into first place in the Eastern Conference.

Big teams are suffering against small teams but doing it in different ways. Warriors and Nets because they reserved stars, Bucks with their big three on the track. Quick wins against Detroit, Orlando and Oklahoma City.

Additionally, one of the league’s worst-scoring teams, Pelicans, defeated the Clippers leaving them at 26 points throughout the second half.

Warriors avoided the back-to-back to Stephen Curry. Kerr’s men played against Detroit without Curry, Draymond Green, Otto Porter Jr. and Andre Iguodala, and despite this they won, not without suffering, it is also true.

The hosts were able to take the game into extra-time twice in the closing seconds, first with a missed triple by Jerami Grant and then with another missed by Frank Jackson.

Golden State, which is 14-2, had very good news to see how the players who had to step up took it. In this sense, Jordan Poole had a Curry-style first half (22 points) to finish with 32 points and 7 rebounds and Andrew Wiggins had 27 points.

In addition, 14 points and 8 rebounds in 21 minutes from Nemanja Bjelica and 12 points from the start of Gary Payton II. Kevon Looney contributed on the rebound and Mexican Juan Toscano-Anderson started and played 37 minutes. He was not fine in shooting, but he did many things until he added 2 points, 6 rebounds and 9 assists, acting as Draymond Green.

Detroit, which lost Isaiah Stewart through injury in the third quarter, had Frank Jackson with 27 points as a substitute, rookie Cade Cunningham with 19 points, 6 rebounds and 6 assists and Jerami Grant with another 19 points, but 6 of 17 in Shot.

The Brooklyn Nets had a hard time without Kevin Durant. Orlando climbed to his beard in the first quarter (25-41) and had a 19-point lead in the first half to the general disbelief, but after the 53-62 with which he reached the intermission, those of Nash got into the game in the third quarter 37-21.

James Harden put the equipment on his back, sometimes too much. He finished with 36 points, 10 rebounds and 8 assists, returning to his proverbial continued visit to free practice (19 of 20), but making a 7 of 25 in the field goal.

Patty Mills, again absent starter Joe Harris, added 22 points, James Johnson added 17 plus 10 rebounds and LaMarcus Aldridge was decisive, as 11 of his 15 points came in the final quarter, with 2 crucial baskets of his at the time of the truth.

Brooklyn is now with a balance of 12 wins and 5 losses and climbs to the first position of the East.

On the Magic, 21 points from rookie Jalen Suggs, who had 17 in a great first half. In addition, 17 points and 5 assists from fellow rookie Franz Wagner, another 17 from Chuma Okeke, and 16 points and 9 assists from Cole Anthony.

Milwaukee approached the game with all the seriousness in the world putting its big three on track, but it showed that the team is still in the middle of the search for its winning identity.

Mike Budenholzer’s guys were trusting and almost lost. They came to win by 20 points, but they let the rival get into the game until they hurried them.

It was not a visual feat to the game, but at least it served the locals something, who suffered against an a priori minor team that is surprising everyone and that has a 6-9 balance.

Giannis Antetokounmpo led his team’s victory with 21 points, 19 rebounds, 7 assists and 4 blocks. Bobby Portis seconded him with 17 points and 13 rebounds and Khris Middleton with 16 points and 8 rebounds.

In Thunder, 17 points from an unfortunate Shai Gilgeous-Alexander (5 of 20 on the shot), 14 points and 12 rebounds from rookie Josh Giddey and another 14 points with 9 rebounds and 4 3s in 20 minutes from a very productive Mike Muscala. Gaby Deck did not play, and Lu Dort did not have his day in the attack.

Pelicans got his third victory of the course at the expense of a soulless Clippers who verged on ridicule in the second half.

The Angelenos went into halftime winning 43-55 to concede a tremendous 51-26 in the second half. Yes, Tyronn Lue’s men only scored 26 points in the second half after scoring 25.6% of their field goals from the break.

The locals came to lose by 20 points in the first half, so they staged a brilliant comeback with Jonas Valanciunas in front.

The Lithuanian, the best Pelicans player this season, had 26 points, 13 rebounds and 5 triples. Josh Hart with 19 points and 10 rebounds, Brandon Ingram with 17 plus 12 and Kira Lewis Jr. with 16 from the second unit.

He did not play Willy Hernangómez, which is out of the rotation of your computer.

The only positive thing again at Clippers was Hartenstein, which tells us about the state of things. Paul George had 19 points with very bad shooting percentages and Reggie Jackson and Eric Bledsoe signed a series on the shot of 2 of 11 and 3 of 10. This makes it very difficult to win.