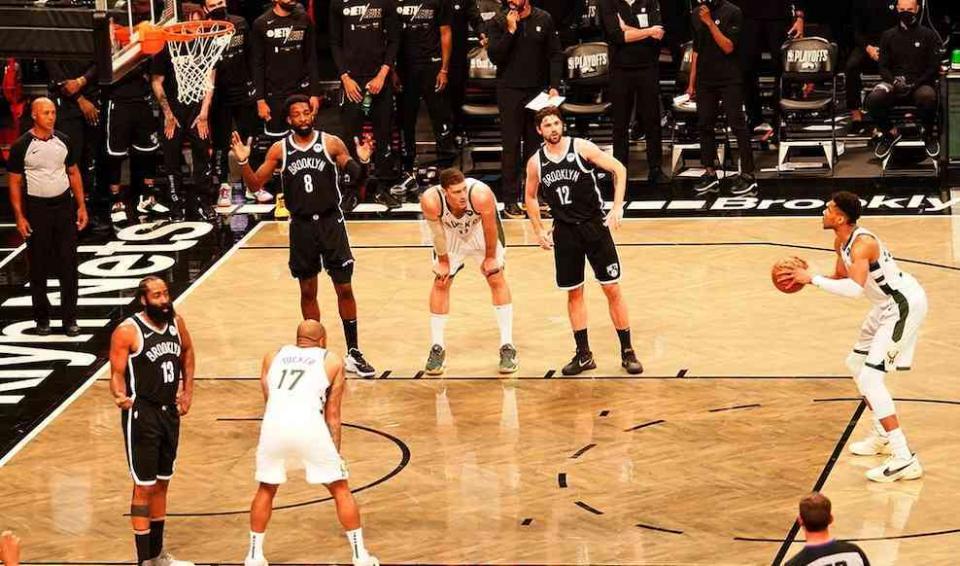 Giannis Antetokounmpo does not have a good time on the line, and now his rivals exert pressure as the Bucks player takes more than 10 seconds.

The Milwaukee Bucks were close to being eliminated in the seventh game against the Brooklyn Nets in the semifinals of the Eastern Conference, and the responsibility for the new failure pointed to the star of the franchise, Giannis Antetokounmpo and the free throws.

In that game, he made 14 shots from the line, of which he hit eight and missed the remaining six. In fact, one of them didn’t even make it to the hoop. In January, the Hellenic player made just one of 10 attempts.

Fortunately for Antetokounmpo, Jrue Holiday’s triples found the net of the rim and the game was defined in favor of the Bucks in overtime 115-111, but reality, at least this season, shows that Giannis has a good time from the line.

In the conference final against the Atlanta Hawks, all eyes are on Antetokounmpo every time he goes to the line. The two teams that the Bucks have eliminated in the playoffs have complained that the Bucks star takes too long to shoot the ball on free throws.

When the referee hands the ball to the player on the line, he has only 10 seconds to throw the ball to the basket, and both the Miami Heat and the Brooklyn Nets complained to the NBA about this situation.

The NBA caught the attention of the 2.11-meter-tall player, and from that moment, the fans count from 1 to 10 to pressure Antetokounmpo. That pressure took effect in Game 7 against the Nets.

Now, the Hawks have joined in the complaints and, according to The Athletic, sent video evidence of free throws from the first game, which Atlanta won 116-113. In that game, Antetokounmpo made 6 of eight attempts.

What does Antetokounmpo say?

Giannis went to the line four times for the second game, of which he made three and missed one, but on one of the shots, he took 11 seconds. The player himself accepts that sometimes he concentrates so much on his ‘ritual’ that he loses track of seconds.

“Usually, it takes me eight to nine seconds. At the limit of 10 seconds. When my coaching staff tells me to accelerate, I know I may have around 10 seconds. Or sometimes the referee talks to me and says, ‘You have to speed up.’ Then I make an effort to take it maybe a second or two faster. But my way of thinking going into this game was to follow my routine, do as many dribbles as I can, catch my breath and just shoot my shot,” Giannis explained.

Mike Budenholzer, coach of the Bucks, came out in defense of his player and argued that there are other actions in which the timer is exceeded and that are not punished.

However, Hawks player Onyeka Okongwu stressed. “Everybody knows that Giannis commits 10-second infractions at the free-throw line … Everybody knows it’s longer than most people’s routine.”