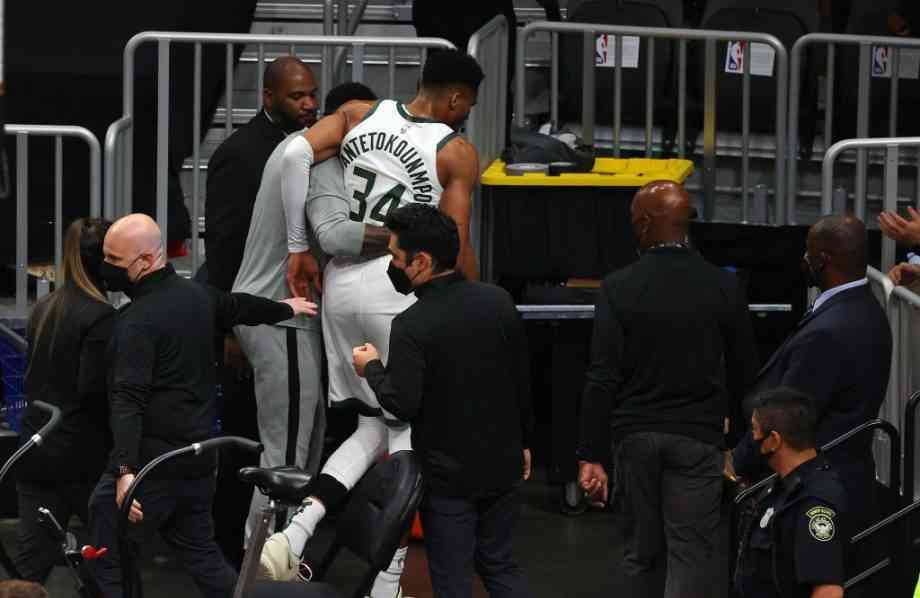 Contrary to what one might think, the Milwaukee Bucks would resent the absence of their best player in the defensive zone more than on offense.

We have a good one for the Milwaukee Bucks: Giannis Antetukounmpo does not have structural injuries in his left knee, which means that both the bones and the ligaments are in good condition. Now is the time for the bad news, and that has to do with the fact that the Bucks star could miss the fifth game of the Eastern Conference final against the Atlanta Hawks.

The Bucks put their flagship man on the list of players who are doubtful for that game, so it will be minutes before the fifth game when it is decided whether Antetokounmpo can go to the floor or not.

What happened to Antetokounmpo?

The Hellenic Bucks player suffered hyperextension in his left knee, that is, the knee was projected sharply backward. With just over seven minutes to go to the end of the third quarter, Antetokounmpo was looking to snatch the ball from Clint Capela in the air.

When he fell, Capela took the Bucks player off balance, and as a result, he fell with his left leg, and his knee lost stability.

What do the Bucks lose without Giannis?

Without Giannis, the Bucks would lose their best man not just on offense, but on defense. Throughout the playoffs, Antetokuonmpo has led his team’s scoring box in eight of 15 games.

When Antetokounmpo can’t find the rim, the Bucks’ plan B is Khris Middleton, who incidentally, every time he finishes as the scoring leader, Milwaukee wins their games.

However, where Milwaukee suffers the most from Antetokoumpo’s absence is on the defensive. In the 15 playoff games, Giannis had been the rebounding leader in 11 games, so Milwaukee’s bottom zone is weak.

And to show the same game against the Hawks. Giannis left the game when the Bucks were 10 points behind. Without him, the distance grew to more than 20 (110-88).