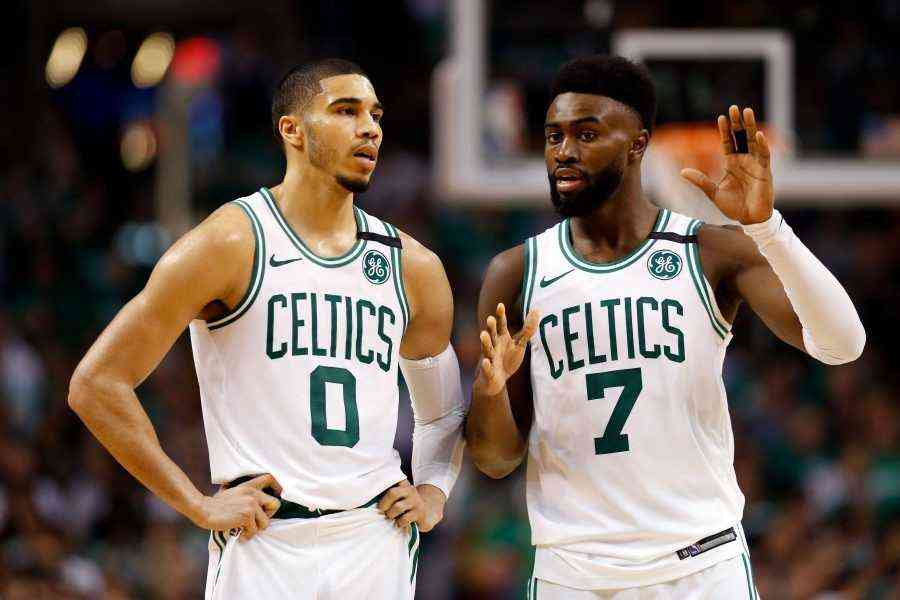 So, What is wrong with the Celtics?

Jayson Tatum is also playing much worse on definsive side but like he said, he still have covid side effects so get tired quickly. Also, they are playing with 2 centers in their lineup, Daniel Theis and Tristan Thompson. Theis is good paint defender, however Tristan Thompson is undersized and also very slow, so if you have him guarding fast and athletic player like Kevin Durant who can move really fast, you can understand why he’s struggling. You can also argue that they are not even trying to play good defense, let’s bring the stats again.

Last year, they held opponent’s shooting % to 50 from 2 and 32 from 3. However this season it’s 36% from the outside and and 54 from the inside. They’ve been some rumours of them trading for 3&D wings such as Harrison Barnes who also have championship experience. But their biggest problem is without a doubt lack of talent on the big man position. Daniel Theis, Tristan Thompson and Robert Williams, none of them is dominant rebounder. Theis averages just 5 rebounds, Thompson 8 and Williams just 5.8.

They desperately need a rim protector. The dream scenario would be Andre Drummond but that’s not really realistic, they would need to send Kemba to Cleveland to make the cap situation work, only thing left for them is hope that Drummond will get released but that’s unlikely. The more realistic scenario is Hassan Whiteside from the Sacramento Kings. Whiteside is on minimum deal, so I think the second rounder would for the Kings. Whiteside is multi-time block champion, you could argue he’s not in his peak anymore but just last season, he averaged nearly 16 points. But yes, this wouldn’t be a problen if Celtic’s GM Danny Ainge back in offseason agreed to send Gordon Hayward and first round pick to Indiana for young center and fantastic defender Myles Turner. Hayward really wanted the trade to happen since he’s Indiana kid, but Ainge refused to trade 1st round pick. Yes, Ainge is a master mind but he did not make a good decision this time.

Speaking about Hayward, losing him without any return is also one of the things why Celtics are not living up to expectations . Yes, he is average defender, but there’s nothing he can’t do on offense. When he was on a team he could give a breather to Tatum, Brown and Walker so they can have energy left to play defense. Also, the Celtics were so good last season because they had legit 4 options on offense. Now they have only 3 with not really good bench. This also has to do with loss of Hayward. So, what the Celtics need? First of all Healthy Marcus Smart, 3&D wing and rim protector and bench scorer. They might also cut Jeff Teague and sign fan favourite Isaiah Thomas, who was in MVP race back in 2017.