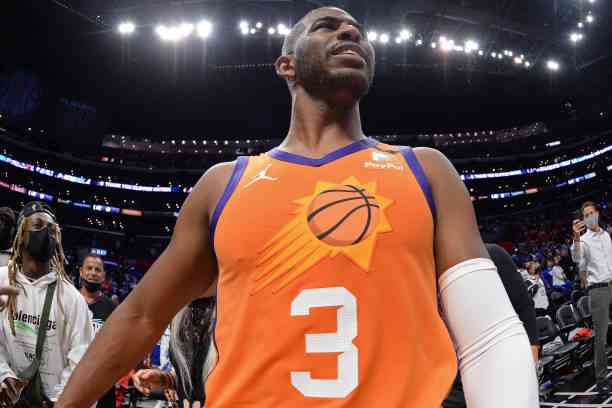 Who expects Chris Paul to be the scoring leader in every game will be disappointed, however, he makes almost any team work and to show the Phoenix Suns, who are in the NBA final and consolidate as the best assistor of the league.

At 1.83 meters tall, Chris Paul stands out on the court for being the shortest player among towers that touch or exceed two meters, however, he compensates with other skills.

During high school, Chris Paul was 1.70, so the expectations to become an NBA player were relatively low, because physically it was difficult for him to compete with teammates and against rivals, so he explored other areas, such as triples, that allowed him to somehow get away from the shock.

The night dedicated to his grandfather

Before going to university, Chris Paul suffered one of the most special and complicated moments, after the death of his grandfather, at the age of 61, after defending himself in an assault at his home.

One of Chris’s aunts suggested that he dedicate a special game to his grandfather and look for 61 points to try to ease that pain. Chris was motivated and succeeded. Legend has it that he achieved the figure from the free throw line. He hit the first, with which he reached 61 points, and deliberately missed the second in order not to exceed the figure and immediately asked for his change.

By then, he had already grown 10 centimeters and was approaching his current height, and in 2005, he became an NBA player when he was chosen in the fourth pick of the draft by the New Orleans Hornets, with whom he played six seasons, a period in which he lived the transformation of the franchise to Pelicans.

Chris Paul and the transformation of the Suns

He played six seasons for the Clippers, and in 2017 he joined James Harden for two years with the Houston Rockets, and in that period, he became a controversial player who even fought against members of the Red Hot Chili Peppers, fans of the Lakers, and in 2019 he went to the Thunder, before coming to the Suns.

The Phoenix team had spent five years in the shadows and a long way from the playoffs. In the 2015-16 season, they finished penultimate in the Western Conference and last in the next three seasons.

In the 2019-20 season, they finished tenth, and for the current one, the team was transformed with the arrival of Chris Paul, who in the regular season signed 56 games out of 72 as the leader of assists in his team. In April, he surpassed the 10,141 assists recorded by Magic Johnson as the fifth-highest assist in NBA history.

The difference in the playoffs for the Suns

In the playoffs, Paul’s performance is maintained. Of the 14 games Phoenix has played, the North Carolina native finished as the leader in assists at nine, and when that happened, his team won every game except Game 3 of the conference final against the Clippers.

In the semifinals against the Nuggets, Chris Paul led all four games of that shutout and is on the verge of his first NBA title with a team that has lost two finals in its history.

“Looking at everything I have obtained, I can say every day that it is the best thing that has happened to my career. I’ve never met a guy who cares so much about basketball and competes in everything. That’s contagious, and it’s what he built in me too”, confessed Deandre Ayton, another of the fundamental pieces of these Suns.