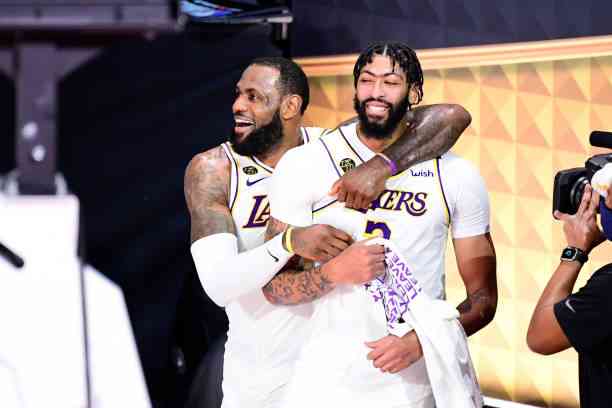 Since LeBron James withdrew due to injury, the Lakers have only won three games, and several of their losses have been by more than 10 points.

On Saturday, March 20, the Lakers lost their emblem, LeBron James, and they haven’t been the same again. After winning last season’s title, the Lakers were expected to be a feared team, and while they were for many moments in the regular season, the team lost in the absence of LeBron James.

The Cleveland native suffered a sprained ankle, which could cause him to miss the remainder of the regular season, and the Lakers have shown that without LeBron James, there is not much to fight for.

Since LeBron James was out, the Lakers have played nine games, of which they have only won three, against the Cleveland Cavaliers, Orlando Magic, and Sacramento Kings.

The rest have been six losses, of which four have been by 10 points or more, as against the Clippers, who crushed their neighbors 104-86.

After LeBron’s injury, the Lakers lost four consecutive games, something that had already happened in February, the difference is that he competed, and for example the game he led to overtime against the Wizards.

Given LeBron James’s loss, the man who should take command should be Antohony Davis, but the right hand of ‘The King’ has also been injured since February and has no date of return.

Faced with this situation, control has fallen to Montrezl Harrell, who has been the scoring leader in six of the nine games without LeBron James, however he does not contribute more than 25 points per game.

Throughout the season, the Lakers (31-19) have not managed to position themselves as leaders in the West, in large part due to the great season that the Utah Jazz are doing, however the Angelenos had settled in second place, But without LeBron, the champion has dropped to fifth place and while the playoff berth is not in jeopardy (yet), the Blazers (30-19) are already in position to assault the Lakers.

If the Dallas Mavericks (27-21) pick up the pace and the Lakers don’t lead the way, the Angelenos could fall to the seventh rung in the West.