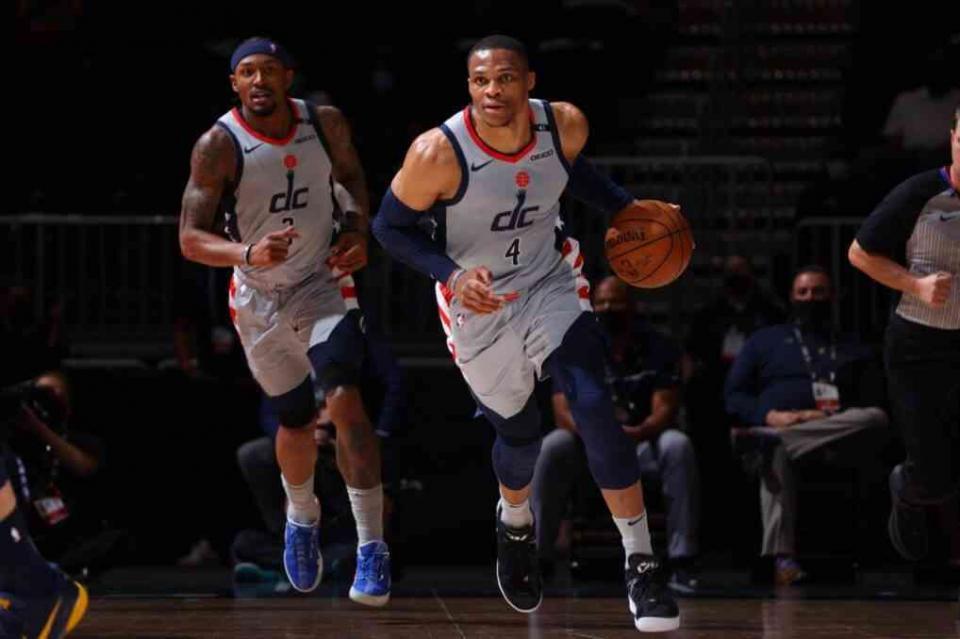 The fight for eighth place in the Eastern Conference came to nothing. There was no color in the Wizards-Pacers. The capital team confirmed its overwhelming dominance over Indiana in the season, and it did so with a real beating away from any competitive tension.

The relationship between these two teams in the season in their confrontations should not be overlooked, counting today’s: 4 games, 4 Wizards victories, and an average of 140.2 points conceded by Indiana. To make him look at it.

Indiana only lasted a quarter to Washington and ended up losing 142-115 by saying goodbye to the season in the worst possible way. These saddlebags were not needed for this trip, especially seeing how Hawks had done with Nate McMillan at the helm.

At the opposite pole, the Wizards, a team that has gone further to overcome its adverse situation and get into the play-in to finish eighth in the East. On Sunday, his first date with the Sixers in the first round of the playoffs.

The first quarter ended 30-29, and that’s how much the Indiana Pacers gave of themselves, a team that likes to play fast, move the ball, and score points and who deeply dislikes defending.

The second quarter was the first hard blow for the visitors, and the third quarter, the auction.

That second act in which the Pacers debacle began left us with the partial breakdown of the game, a 20-5 in the initial 5 minutes that brought the score to a clear 50-34 after scoring in those 5 minutes 9 of his 11 shots of the field from the locals and 2 of 11 from the visitors. Russell Westbrook, Robin Lopez, and Daniel Gafford were important agents in that initial stretch of the Wizards.

At 3:14 after half-time, Domantas Sabonis committed his third foul, but continued on the track. The +16 on the scoreboard was repeated several times, Gafford gave us a real ‘block party’ whose climax was the block he put on Doug McDermott when he was proud to crush the Wizards rim.

At halftime, 66-52 with Westbrook already touching the triple-double, with a very good first half from Rui Hachimuran, with only 9 points from Bradley Beal, with 9 points from Robin Lopez in just 6 minutes (the only ones who played in the game) and with Gafford hallucinating the staff with 6 points, 5 rebounds and 5 blocks having played 13 minutes.

Indiana did not defend, Indiana was stuck in attack, with those initial 5 minutes of the second quarter worth forgetting, Indiana had an invisible second unit, Indiana began to have serious problems.

And when the third quarter arrived, the game ended definitively. Washington scored no less than 48 points in the third period! 48-31 partial with 16 points from Bradley Beal to reach the end of the third act winning 114-83. A real scandal.

The last quarter could very well not have been played. The local victory, overwhelming, with that painful 142-115 for Indiana, a team caught in nonsense.

Beal finished the game with 25 points, Westbrook had 18 points, 15 assists, and 8 rebounds, Hachimura had 18 points in 25 minutes, Gafford left the court with 15 points, 13 rebounds, and 5 blocks in 22 minutes (what a great help it’s been Gafford since his arrival from Chicago!) and Raul Neto made up for his horrible previous game by scoring 14 points.

The locals finished with 58% in the field shot, made 50% of their triples and left the rival at 41% in the shot.

On the losing team, 24 points from Malcolm Brogdon, triple-double from Domantas Sabonis (he completed it in three quarters) with 19 points, 11 rebounds and 10 assists and little else, perhaps saving Doug McDermott’s first quarter and the first half.