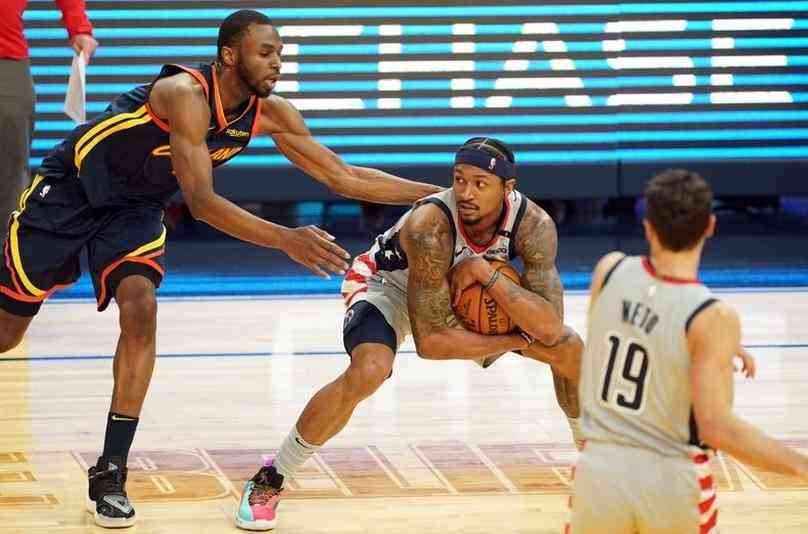 Washington won 121-125 with 34 points from Beal and a triple-double from Westbrook. Utah can’t beat despite great performances from Mitchell and Bogdanovic.

This time the great game of Donovan Mitchell did not work. Neither did Bojan Bogdanovic’s. This time all effort was wasted. And the Jazz lost at home. That’s news, as they had 24 consecutive home wins!

The franchise’s historical record remains there in the 24 consecutive victories, because today the Wizards arrived and defeated the team with the best results this season in Salt Lake City.

Victory 121-125 with 34 points from Bradley Beal and a new triple-double from Russell Westbrook, a new loose triple-double, and this time shooting well and not committing many losses. Russ posted 25 points, 14 rebounds and 14 assists. The point guard already has 23 triple-doubles this season. Remain king in this statistical chapter of the game. He has 6 triple-doubles in the 7 games he has played this April. It seems easy because Russ makes it easy.

Capitalize on the Wizards second unit’s work, a second unit that totalled 59 points with 3 players in double-digit scorers with Daniel Gafford (15 points) leading.

Third win in 4 games for Wizards, who suffered unnecessarily at the end after nearly squandering a 17-point lead (95-112) in the final 7 minutes of the game.

In fact, Utah cut to 119-121 playing the last seconds of the game. Before that, he had gone 115-119 on a 3-pointer by Mitchell. At that point, Westbrook came to the rescue. And then he reached that 119-121 with another basket from the irreducible Mitchell.

That tight finish gave Beal a second chance. The guard missed 2 important free games in the last seconds, but then he got another 2 equal or more important, since they were the ones who sealed the away victory with 11.5 seconds from the end.

Utah, which lost twice as many balls as its rival, had Donovan Mitchell with 42 points and 6 assists. The Jazz guard, who has not dropped below 37 points in the last 4 games, has been tremendous.

In addition, a great game by Bojan Bogdanovic, with a personal best of the season by scoring 33 points (he made 6 triples). Joe Ingles added 18 points and 6 basket passes, Rudy Gobert made a double 12 in points, and rebounds, and neither Mike Conley nor Jordan Clarkson could play, sensitive losses for Snyder’s team.