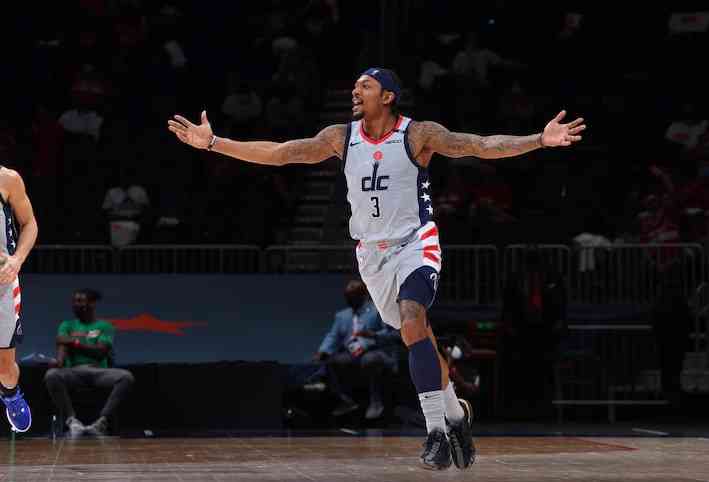 Overtime win against Pacers despite Sabonis’ triple-double and LeVert’s 35 points.

The Wizards live off the magic of Bradley Beal and Russell Westbrook. The team that started the season in the worst possible way – losing and sick – is reaching the end of the season with an extra touch of basketball.

Important overtime victory against Pacers (132-133) on Westbrook’s first special night (the second could come on Monday). Because Russ made NBA history, and not a half story or a far-fetched statistic story, no: history surpassing a legendary mark.

So much so, that the historical record equaled by Westbrook overshadowed a memorable match by his teammate Beal, let alone the great performances of defeated rivals Domantas Sabonis and Caris LeVert, who will pass away without almost anyone remembering them.

Beal finished with 50 points, but no one will talk about him today with the profusion with which Westbrook will be talked about, who finished with 33 points, 19 rebounds, and 15 assists to reach 181 triple-doubles in the regular season and equal the 181 achieved in the 60s by the legendary Oscar Robertson. A brand that seemed like science fiction has been equaled and will soon be surpassed. It is the 35th triple-double of the base in this course.

But it is that Westbrook was more than that, it was more than a historic triple-double, because it was the point guard who solved the game for his own.

He had made it 122-124 in the closing seconds of the fourth quarter, but LeVert tied at 124 with 13 seconds remaining. Westbrook’s last crucial shot was missed, and the game went into extra time. Then, in overtime, Russ, far from being intimidated by his final failure, overcame himself by scoring 6 of his team’s 9 points, putting the 2 free winners with 1 second from the end and putting a block on LeVert when he tried to give the victory in extremis to Indiana.

This was a game monopolized by 4 players: Beal and Westbrook for the local side and LeVert and Sabonis for the visitor. LeVert, who is glad to see like this after his cancer episode, went to 35 points, 14 rebounds and 8 assists and Sabonis signed a triple-double with 30 points, 13 rebounds and 13 assists. They were the ones who sustained his team.

Indiana, which has serious losses, had a bad night from the triple and was dominated on the boards by some Wizards whose comeback in the classification does not stop.

The victory leads Washington to pass Indiana in qualifying. Now, the Wizards are ninth at 32-36, and the Pacers are 10th in the East at 31-36. The idea of ​​both is to try to reach the seventh, which is Charlotte, because the play-in does not seem to be in danger for either of them, since the Chicago Bulls is far away.