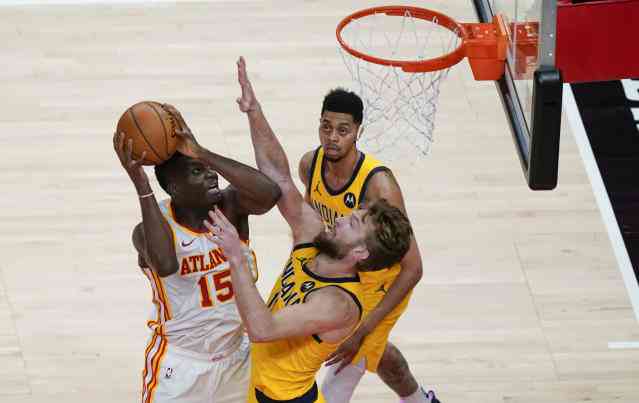 McMillan’s emotional rematch against the Pacers with a 129-117 win.

Special match for Nate McMillan. Atlanta Hawks interim coach allowed himself the luxury of his particular emotional rematch by defeating the Indiana Pacers, a team from which he came out not in a very good way to land in Atlanta.

Victory 129-117 over Indiana to set the Hawks mark with McMillan leading the way in a powerful 17-6 that has brought the team to fourth place in the East with a 31-26 record. The Atlanta gear works, something that can’t be said for the Indiana gear without McMillan in the band.

Trae Young and Clint Capela were the essential bellows of some Hawks with 4 players in 20 or more points. Offensive display of a team that has dramatically improved its defensive performance since McMillan took over after Lloyd Pierce’s dismissal.

Young adjusted his sights and forgot past inconsistencies-laden games. The young Atlanta star went to 34 points and 11 assists, hit 13 of his 14 free games, and did not miss the game’s final stretch.

Meanwhile, Clint Capela, his excellent season with his new team, drew another 20-20, his second of the season and the tenth he signed in the NBA. He finished the pivot with 25 points, 24 rebounds and 3 blocks. He was already in a double-double when the game came to rest.

They were joined by an increasingly fine Bogdan Bogdanovic (23 points and 5 triples) and an especially effective Kevin Huerter (23 points, 9 rebounds and 5 of 7 from the triple).

The game served to see the returns of local John Collins (8 points in 21 minutes) and visitor Myles Turner (9 points and 11 rebounds in 34 minutes). Turner did not put any plug, thus breaking his streak of consecutive games by putting at least one, a streak that extended to 64 games.

Atlanta started the game on full blast. Playing the first quarter, he already took a 20-point lead (30-10)! But Indiana was able to focus his basketball speech immediately to placate that great hometown start, and from losing by 20 in the first quarter, he went down only by 3 in the second!

The game moved on equal terms until reaching a result of 105-105 in its last 5 minutes. But those final 5 minutes were lethal for Indiana, which conceded a 24-12 with 6 Hawks players scoring down the stretch, which speaks highly of the offensive ability of McMillan’s team, their choral power in attack.

Still not living up to expectations, Indiana had Malcolm Brogdon as the best offensive presence with 29 points and 8 assists.

Domantas Sabonis finished with 18 points, 14 rebounds and 5 assists, and TJ McConnell was once again the best substitute of the team – the second unit scored 44 points – with 18 points, 7 assists and 9 of 10 in the field goal.