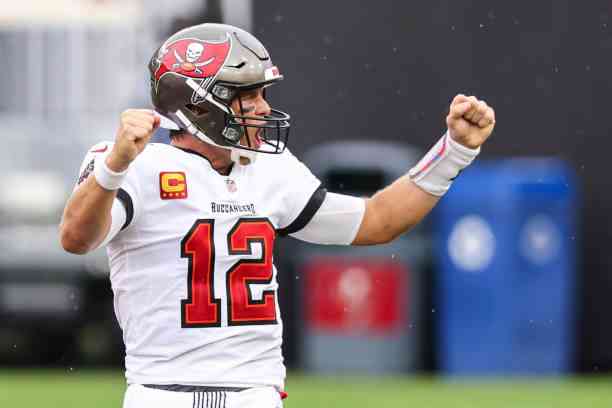 Tom Brady will return to his once home. Foxborough will host the QB to face the Patriots, and you can’t miss it.

Before the kickoff of the NFL season, it was known that it would be an extremely special season. More games than ever in 2021 and a more than special game, Tom Brady’s return to Foxborough to face Bill Belichick’s Patriots.

Yes, Tom Brady would return to what was his home for more than 15 years, the Patriots stadium, which he will face for the first time since he left in 2019. Last season, they did not see each other, but this time in 2021, the calendar has October 3 as the date marked.

Bill Belichick will watch as the QB he molded returns home as the prodigal son. How will the Patriots fans receive it? Without a doubt, we can say that the Buccaneers vs. Patriots game or also known as Tom Brady vs. Patriots, is one of the most anticipated in history.

The expectation generated by this game could only be comparable to a Super Bowl game, because there are so few times in history that it happens that a QB who made a franchise great, leaves and plays again in that stadium, but as a rival.

The contradictions of his departure from the Patriots

2019 was the year that the hearts of all Patriots fans broke when they learned that Tom Brady would no longer be on the team, something that seemed impossible because the relationship between Tom Brady and Bill Belichick seemed unbreakable, but no relationship is eternal.

Bill Belichick felt when Tom Brady left the Patriots, as he demonstrated in an interview for WEEI’s Greg Hill show: “He looked at his options and made a decision. We weren’t as good a choice as Tampa. You would have to ask him about all that, but it wasn’t about not wanting it, that’s for sure. “

This statement from the Patriots head coach speaks of Tom Brady dismissing the possibility of staying with the team of his life. But beware here, that people close to the quarterback deny the fact that there was this good relationship between Belichick and Brady.

Tom Brady’s father said in an interview for Mass Live: “It was pretty obvious that the Patriot regime felt it was time for him to move on. Belichick wanted me to go out the door,” and to these statements are added those of Alex Guerrero also in an interview.

Guerrero mentions that the way Belichick treated Tom Brady never evolved, although according to the head coach, the relationship was good between them. What is the truth? Only the protagonists know it, and maybe one day we will know what actually happened or not, but it is one of the reasons to watch the game.

A good day to make history, and in case this game was lacking some curiosity, Tom Brady could get a historic mark against the Patriots. We do not know if that is good or bad for the fans, but surely he will become the leading passer of all history in the game.

Tom Brady ranks second on the list of QBs with the most yards per pass in NFL history, but Brady doesn’t like that second-place spot, so he only needs 67 yards to pass Drew Brees.

It does not seem that they will be difficult to obtain, although surely the defense of the Patriots will come out with the task of not letting Tom Brady deploy his best game. What is certain is that the mark that the QB could get is one more ingredient to watch the game against the Patriots.

The media know the importance of the party 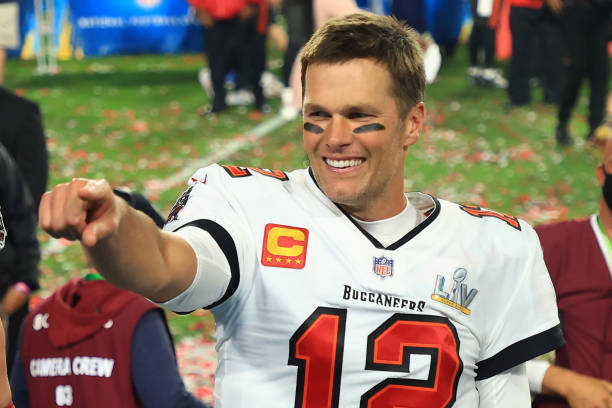 If anyone knows of broken hearts, the singer Adele has shown it in each of her albums. The NBC chain launched a promo for the game, as they will have the transmission for the United States and used a song by the British for the video. They are geniuses.

“Hello,” song from Adele’s 25, was the one they decided to use for Tom Brady’s return to Foxborough to face the Patriots, and the commercial is absolutely enjoyable from any point of view, they obviously focused on Tom Brady and Bill Belichick, It could not be otherwise.

Tom Brady is looking forward to returning to Gillette Stadium

“It will probably be the last time in my career,” were the words of Tom Brady in an interview with Jim Gray for SiriusXM radio on Mad Dog Sports, and that could be true because both the QB, the Pats, and the NFL itself he doesn’t know if there will be a game between the Patriots and the Buccaneers again.

“I have a lot of familiarity playing in the stadium. You know, first we have to get to training camp and see where we are going to be and then spend the first three weeks of the year, but I’m sure it will be a great opportunity for me to go back to a place that I know as well as anyone. It will be a great day for football, “he said in an interview with Karen Guregian of the Boston Herald.

Tom Brady knows Gillette Stadium perfectly, he was in that stadium for 20 years and knows exactly what he will face not only in terms of the pitch, but also in terms of the weather and the fans. A small advantage for Tom Brady and one more reason not to miss the game.