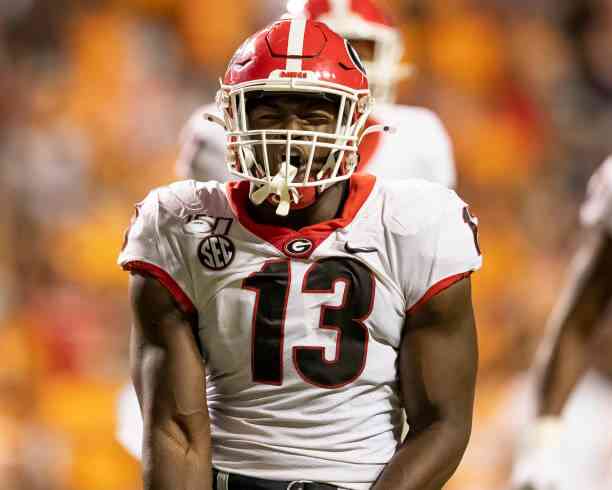 In three years he played for Texas, Ossai finished with 165 tackles (30 of them for losses) and 11.5 sacks. Last season he was named to the All-American and All-Big 12 first team, largely by being the third-best in the entire FBS with 16 tackles for loss and led his team with 5.5 sacks in 9 games. Ossai has very good athletic ability and knows how to deliver the ball. He knows how to hit the QB in a timely manner and always looks for the punch to the ball when it hits a runner from behind.

Rousseau stands out for its versatility; He can line up inside the defensive line or to either side of it, and his foot speed makes him a very difficult opponent to cover. He knows when to evade the block, which makes the offensive lineman unpredictable to know when to attack the play, and in open space, it is very good because it closes the space of the player who has the ball. In 2019, his only full season with Miami, he finished with 54 tackles, 15.5 sacks, and forced 2 fumbles. Rousseau is certainly a very interesting prospect to watch.

The Penn State DE is a very explosive player with great athletic ability who knows how to use his hands effectively and has a lot of strength, so he shakes his opponents with a tremendous punch, plays blocks, and gets behind the line of scrimmage doing plays against the race. He is agile, fast, and explosive on the field, he moves swiftly in all directions, and his physique gives him a great advantage, for which he was one of the best in his position during 2020.

Phillips has great side play and steps down the line of scrimmage to make plays in space. He shows solid technique with his hands and covers a good amount of area on the field. He also knows how to change direction easily and shows great speed; He is very agile and knows how to redirect himself and play instinctive and tough football. When Rousseau chose not to play in 2020, Phillips had the opportunity to enter the starting lineup in Miami and show that his skills and growth potential are attractive to any NFL team.

Ojulari is destined to be a first-round pick, and the reason is that he is so versatile. You can attack the QB from the end of the defensive line and from inside it. In addition to this, it is very elusive, the first contact with the rival manages to avoid it with a second effort which it handles perfectly. In 2020, he finished his season with 27 tackles, 5.5 sacks, and 2 forced fumbles, which earned him part of the All-SEC second team. There is no question that he may be the first prospect in his position to be called the next draft.

The best prospect of this class at the position, hands down, is Paye. His best characteristic is his athleticism, but he also has great leadership, intelligence, and toughness of the game. His ability to convert speed into strength is remarkable as this allows him to constantly plunge the blocker and be very soon in the rival backfield. He shows a good degree of intelligence to make plays behind or near the line of scrimmage and is not easily cheated on.

In 2019, as a junior, he had his best season with 6.5 sacks and 12.5 tackles for loss, which earned him a name to the All-Big Ten team. In 2020, for his part, he was named captain by his own teammates and coaches, earned academic honors, and confirmed his tremendous potential heading into this month’s draft.

Number One Fan! The Images Of Isaac Alarcon’s Mother Supporting Him In The NFL Preseason