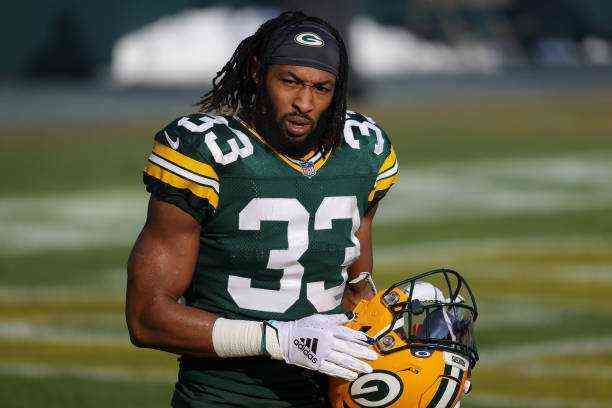 Aaron Jones, one of the key elements of the Green Bay offense, has just renewed his contract and, with it, the team led by Matt LaFleur remains hopeful that next season they can reach Super Bowl LVI. Aaron Jones renews his contract, and this is all you need to know on the subject.

The Packers’ star running back reached a deal with the team and signed for four more seasons and $ 48 million, including a $ 13 million bonus for signing the deal and, it should be noted, is the sixth highest bonus in the United States the history of the NFL for an RB.

This means that Jones will earn twelve million dollars annually and, with it, become the sixth highest paid running back in the league along with Joe Mixon, of the Bengals.

With this move, the Packers take a big step on the offensive as they managed to retain one of their best players after deciding not to label him as a franchise player.

The University of Texas-El Paso graduate has 3,364 rushing yards and 37 rushing touchdowns in his four-year career with Green Bay, coupled with the fact that in 2019 he led the league in rushing touchdowns (16), and the previous season he was elected to the Pro Bowl.

We must also highlight that Jones has spent two consecutive seasons exceeding 1000 rushing yards, and with just 26 years, the peak of his career is yet to come. Therefore, Green Bay made the right decision preventing Jones from touching the NFL Free Agency 2021 that begins next March 17.

Another notable point in this new contract is that Drew Rosenhaus, Aaron Jones’ agent, pointed out that “Aaron would have signed for more (money) in free agency, but he wanted to stay in Green Bay,” with the above, we can conclude that the long-term future of the 26-year-old running back will be tied to the Packers.

JJ Watt Signs With The Arizona Cardinals For $ 31 Million!