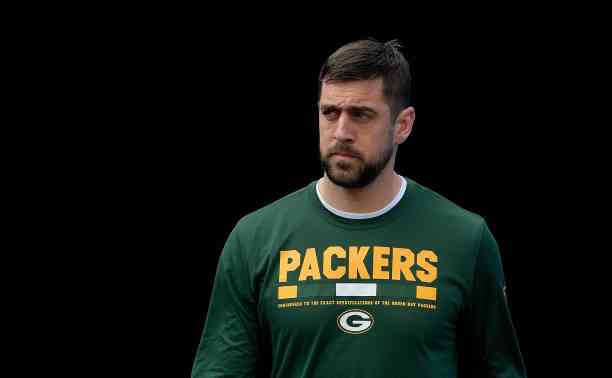 Aaron Rodgers is still not reporting with the Packers a few months before the start of the season, and his future is a mystery in the NFL.

Will Aaron Rodgers play for the Green Bay Packers next season? That is one of the questions to be resolved in the coming weeks, prior to the start of the 2021-22 NFL season, and so far, the quarterback has not given clues about his future.

Rodgers fell one step short of reaching the Super Bowl after having one of his best NFL seasons. Tom Brady’s game he lost to Tampa Bay was the last time Rodgers visited the Packers uniform.

Is Aaron Rodgers going to stay with the Packers?

Until now, the quarterback has not participated in any activity during the lower part of the season, an aspect that feeds theories and rumors, which tried to clear up on TNT’s “The Match,” a transmission in which he was questioned about his continuity in Green Bay: “I don’t know, we’ll see.”

Rodgers was even absent to minicamp, which was mandatory, so it is said that the leadership is already thinking of an exchange of players to give way to the QB.

One of the aspects discussed about the continuity of Rodgers points to a difference with the team leaders, specifically with Brian Gutekunst, general manager, and for now, the quarterback is focused on the attention on mental health.

“I am very grateful for the opportunity to work on my mental health. I haven’t struggled with moments of depression or anything. .. It’s okay to talk about it, if you talk about mental health. I’ve only been thinking about what puts me in a better state of mind. What habits can I form that allows me to feel my body more, more present, and happier?”, He mentioned.