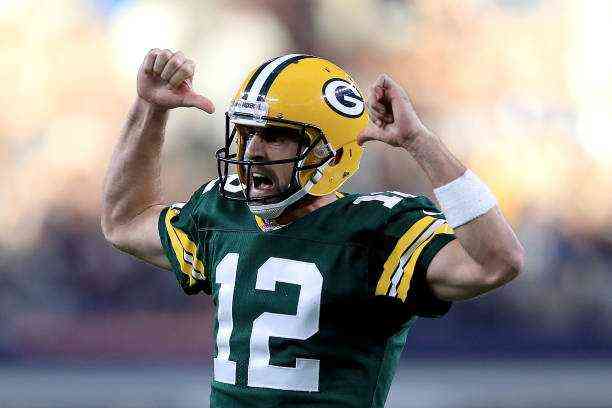 After a dream season, Aaron Rodgers received recognition as NFL MVP of the season.

The rumors and predictions turned out to be true. Aaron Rodgers was chosen as the MVP of the 2020-21 NFL season. The Green Bay Packers’ quarterback obtains this distinction for the third time; He had previously achieved it in 2011 and 2014.

Rodgers, who lost the NFC final to Tom Brady’s Buccaneers, joins Jim Brown, Johnny Unitas, Brett Favre, and Brady himself as the players with three MVPs.

Last season, Baltimore Ravens quarterback Lamar Jackson was recognized as the MVP at just 23 years old, making him the youngest player to earn this distinction since 22-year-old Jim Brown in 1958.

After the distinction of Lamar Jackson, the American Conference player, the Chiefs, who belong to the same conference, won the Super Bowl against the San Francisco 49ers. Now, the MVP emerges from the National. Will it bode well for Tampa Bay?

Kevin Stefanski, coach of the Cleveland Browns, was the winner of the award for best coach of the year, and it is no wonder, because thanks to his management, the franchise broke the longest streak of a team without playing a postseason (18 years).

Derrick Henry of the Titans was recognized as the best offense of the season. The Rams’ Aaron Donald took home the best defender.

Chargers quarterback Justin Herbert took the award for a best offensive rookie, while Washington’s Chase Young was the winner for the defensive rookie.

Brian Daboll of the Buffalo Bills was recognized as the best assistant or assistant coach. The Bills stayed in the conference final, after losing to the Kansas City Chiefs.