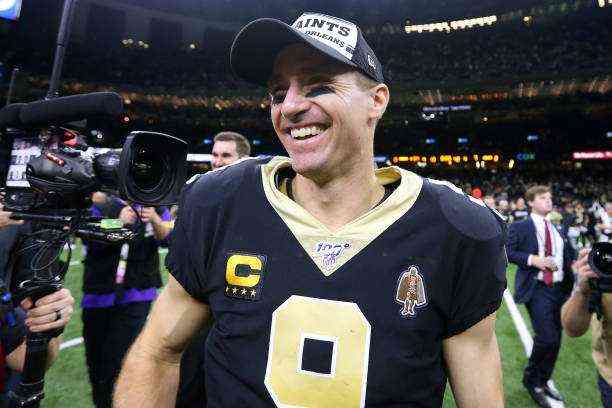 After twenty seasons as a professional, on Sunday, March 14, Drew Brees announced his retirement from the NFL at 42 years of age. However, the New Orleans Saints’ legendary quarterback will continue to be linked to football, as he is now a new announcer for the American sports network NBC Sports. These are all the details you should know about Brees’ new job.

The next chapter in Drew Brees’ career has become official as the Purdue graduate quarterback announced that he will continue to be linked to the world of American football, but now as an announcer for NBC Sports.

In this new job, Brees will serve as a studio analyst for Football Night in America and a game analyst for the University of Notre Dame, in addition to covering Super Bowl LVI and the upcoming Olympics.

The veteran quarterback made his new job official by noting: “Now I’m part of the team, a new team. I am excited about that trip. I am excited to be very connected to football as it has been a very important part of my life. “

Similarly, Brees was asked when he knew for sure it was time to say goodbye to the NFL, to which he replied, “You don’t wake up for just one day and say I’m going to retire. It is definitely a process (…) and in recent years I felt that this moment was coming, which made me focus on being in the moment”.

“Every day enjoy the moment, enjoy the preparation, enjoy the field, enjoy the celebrations with my teammates, just knowing that at a certain point I would withdraw and look to the next chapter. I want to be able to look back with incredible memories, knowing that I gave it my all,” concluded Brees.

It should be remembered that the future member of the Hall of Fame announced his retirement last Sunday, exactly 15 years after he signed for New Orleans, the team with which he raised Super Bowl XLIV.