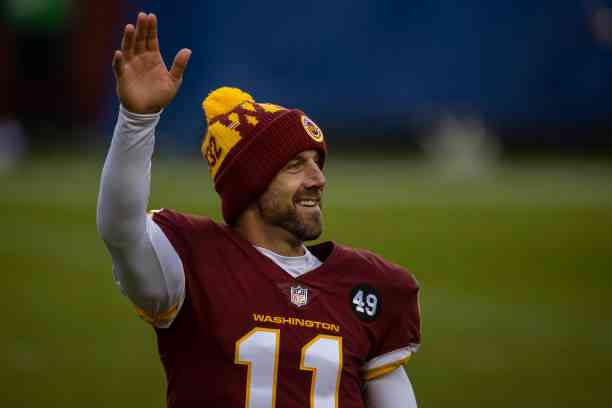 Alex Smith announces his retirement from the NFL

One more career has come to an end in the NFL, and this time it is about Alex Smith, 36-year-old quarterback who, in 2005, was chosen with the first overall selection in the NFL Draft by the San Francisco 49ers, a team with the who played for seven years.

Through an emotional video posted on his Instagram profile, Smith says goodbye to the NFL after having shown his dedication and courage throughout his career.

Later, in 2013, after leaving the 49ers, his career was linked to the Kansas City Chiefs, a team with which he remained for five years and where he participated in three Pro Bowls before superstar Patrick Mahomes removed the title from him. Therefore, he had to seek a new beginning in the Washington Football Team.

For 2018, already in the WFT, Smith only participated in 10 games, as it was in a game against the Texans where after a catastrophic tackle, he fractured his tibia and fibula. This injury almost cost him his life; his right leg even went through surgery 17 times and he was told that he would not be able to play in the NFL again.

However, against all odds, in 2020 Smith returned with the Washington team and managed to win the “Comeback Player of the Year” award thanks to his good performances with the team, where he played in eight games and threw six touchdown passes. This would not normally be very striking. However, it is quite a feat considering the leg injury he had previously.

In the end, after 16 seasons in the NFL (14 plays), Alex Smith had 35,560 yards on 3,250 completed shipments, which earned him 199 touchdown passes, along with 15 touchdowns on the ground and 109 interceptions, added to 99 wins total (2 from playoffs). Not bad numbers for a career worth remembering.