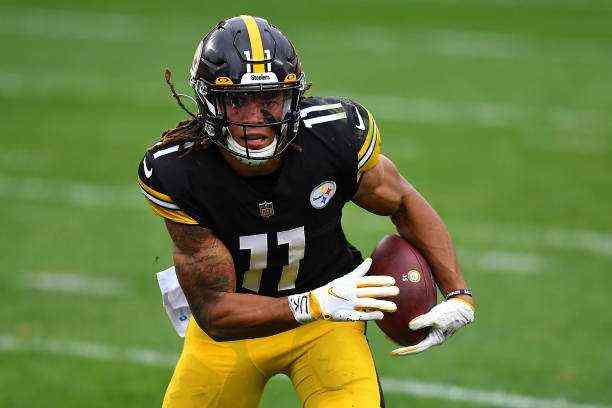 Chase Claypool surprised the world with his talent, as he became one of the main offensive weapons for Ben Roethlisberger and the Steelers, but he also turned out to be an excellent fighter and showed it in a California bar.

The fight broke out on March 13 at the Wild Goose Tavern bar and what began as a dispute in the bar, moved directly to the outskirts of the compound, in which several subjects, including Chase Claypool, faced beatings.

In a video, Claypool can be seen involved in the fight, then the receiver is seen launching a kick to the head of a person who is lying on the floor until they achieve separate it.

The problem started when someone threw dollar bills at a woman inside the bar, this situation started an argument. The same sources commented that Claypool was not the instigator of the fight, but as we can see in the video, he did participate.

At the moment, Claypool has not been arrested, nor charges have been filed against the receiver, but that does not save Chase, as the NFL has the option to do its investigation and impose disciplinary measures under the Personal Conduct Policy.

Chase Claypool came as a rookie last season for the Steelers, and while he couldn’t help much in the postseason game where his team lost to the Browns, his season was magnificent, considering he’s a rookie.

873 yards registered in his first season as a professional in the regular season, 62 receptions in total for 9 TD passes, an average of 14.1 yards per reception; numbers that augur a bright future for the receiver.

In October 2020, Chase Claypool saw a video on social media of a Steelers fan who had been diagnosed with dementia, the fan’s son commented in that video that his dad has been Pittsburgh’s biggest fan since he was a child.

Due to dementia, the fan could not remember all the players in the squad, when before he remembered them without a problem, and that it was very sad that his memory faded. The son appealed to the Steelers players if they could send him a jersey so that his father would know who was on the team.

Claypool responded to the call with a video on TikTok, in which he showed a Steelers jersey with his name and number, signed and with messages of encouragement and thanks to getting it to him as soon as possible.