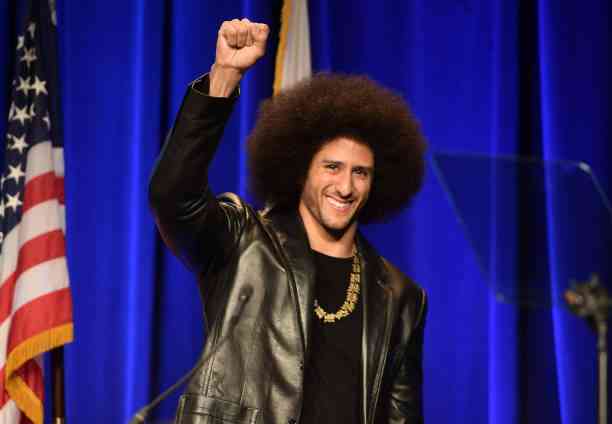 Colin Kaepernick’s teenage life will be brought to TV with a series that Netflix has released its first trailers.

When we talk about figures in the NFL, the name of Colin Kaepernick has to appear yes or yes, because not only does he have the necessary – and proven – talent to be on the field, he has also made a name thanks to his fight against racism. Fight that well, he passed a very expensive bill, to say the least. There they go.

As an NFL player, he reached a Super Bowl, although unfortunately for him, he could not be crowned with the 49ers, and they lost the game against the Ravens in a duel that took the spotlight for being the Harbaugh Bowl or the Super Bowl in which it was light for more than 10 minutes.

For the following season, he made the decision to protest and kneel during the national anthem of the United States, something that was not well seen by some groups in that country and mainly by the now-former president, Donald Trump, but he did receive support from the community of African Americans in the US.

After his claim, his professional career began to decline until he chose not to continue in the NFL, although he is still looking for an opportunity in one of the teams, which have also been interested (some) in returning Kaepernick to the leagues.

“Colin in Black & White” will be the series that will portray the teenage life of Colin Kaepernick and the experiences that led the quarterback to be an activist. Kaepernick and Ava DuVernay himself create the drama series.

Netflix previewed the series a bit with a couple of trailers that let us see what life was like for Colin in high school as a young African-American who is adopted by a white-skinned family, in addition to his fight against racism and police brutality.

The premiere for Netflix Latin America does not yet have a date, and we can only know a small part of Kaepernick’s history and everything that led him to become one of the most remembered sports figures in the world.