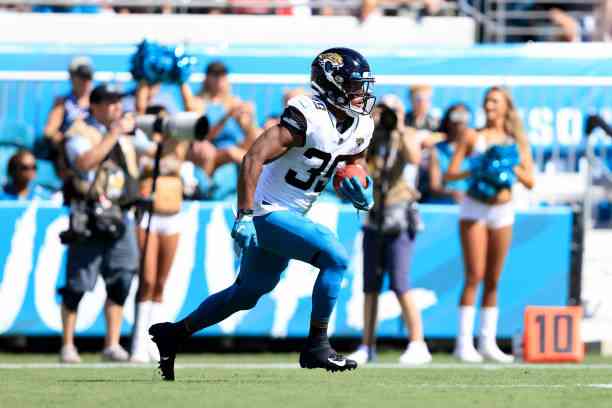 The Cardinals wanted to get a lead with two seconds left in the second quarter, but Jamal Agnew did something crazy for the Jaguars.

Trevor Lawrence has become the focus of the Jacksonville Jaguars since he was drafted in the 2021 draft with the first pick, yet for the first time, the limelight has fallen to someone else and perhaps the least expected man, Jamal. Agnew, one of the wide receivers.

Jamal Agnew did the unexpected when the Arizona Cardinals tried to take the lead at the close of the second quarter with a field goal with just two seconds left.

Matt Prater attempted a near-impossible 68-yard field goal, but the kick fell short, and the ball practically fell into the hands of Jamal Agnew, who took the ball to start a career that he himself did not know where it would end.

Agnew took the ball to the end zone and began to skirt as many Cardinals got in the way on his left side. He could be stopped by Max García and especially by Demetrius Harris, who could not hold the Jaguars player well and kept going.

From that point, he found squirts everywhere, so the path opened to the promised land after travelling 109 yards, which places this play among the three longest in NFL history and one that we will seldom see again, so the roar at the Jacksonville stadium is worth listening to.

With this, Jaguars converted a defensive play into an offence that was worth six points and to try to tie to get as much juice as possible, they sought the conversion of two points, although the play did not work, so the Jaguars went to rest with an advantage of 13-7.