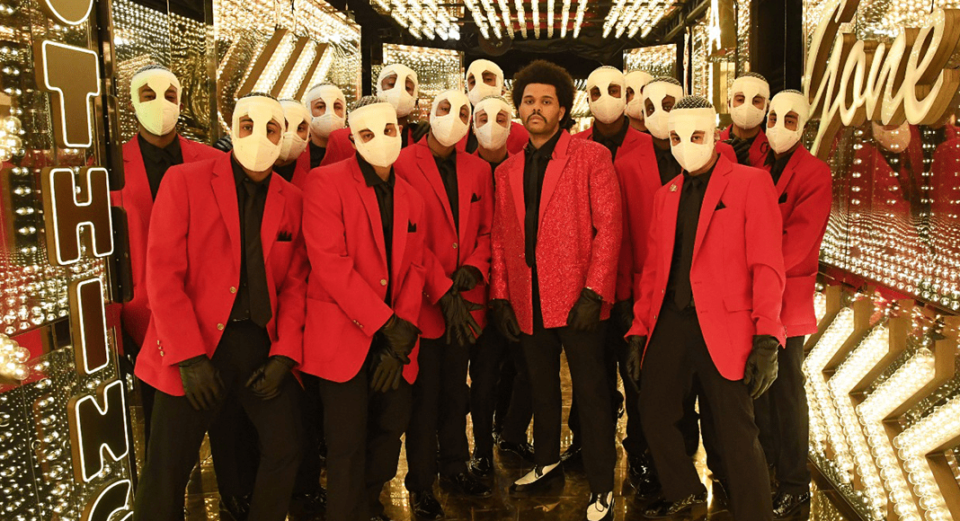 After many complications in the regular season due to the pandemic, the most anticipated date for NFL fans has finally arrived, Super Bowl Sunday. The game could not be more interesting, as the two most important teams in the league, the Tampa Bay Buccaneers and the Kansas City Chiefs, faced each other; But in addition to seeing tackles, touchdowns, and more, we also watched The Weeknd’s halftime show.

As you will recall, at the beginning of November 2020, it was announced that Abel Tesfaye would be in charge of animating the meeting. And of course, from then until February 7 there was a lot of expectation, especially because last year the Canadian singer broke it with his mega hit “Blinding Lights”, and to be honest, he had the merits and deserved the opportunity to perform at one of the largest stages in the world.

The Weeknd heated up his performance at Super Bowl LV

A few weeks before the big moment, rumors surfaced that The Weeknd would have some great guests for the Super Bowl LV halftime. Among the artists that were considered to appear alongside him were big names like Daft Punk, Ariana Grande, Kendrick Lamar, Rosalía, and Maluma. Of course, this created a lot of expectation made many want to see this show.

However, in the lecture leading up to Super Sunday, the “I Feel It Coming” singer left us with a square eye by stating that he would be the only musician on stage for this great match. Despite everything he said and practically mentioned that there would be no surprises, many – we included ourselves – held out hope until they saw Abel on the Super Sunday stage. And boy, was it completely worth the wait.

How was the halftime show?

After a first half where the defenses did their job, the Kansas City Chiefs of Patrick Mahomes and Tom Brady along with their Tampa Bay Bucaneers, went to rest and began to prepare everything for The Weeknd to take the field of Raymond James Stadium. Suddenly the lights went out, and the Super Bowl LV halftime show began, Abel Tesfaye’s big moment.

Daft Punk didn’t come out in the end

We’re not going to lie to you, we were a bit disappointed that Daft Punk didn’t show up when the first beats of “I Feel It Coming” were played, but that made up for it with an incredible light show. With “Save Your Tears and” Earned It “for a moment, we had a bit of peace, when an entourage of violinists showed off while the singer dazzled us with his incredible voice, showing that he did not need guests for this show.